We told you yesterday about how Kanye West had been hospitalized after an apparent mental breakdown. He was taken away in handcuffs ‘for his own health & safety’ and is said to be in a heightened state of confusion. Although it all sounds rather fishy to us.

Since then, the internet has split into two – people laughing at Yeezy and making memes about him and people supporting him and standing by him. And the same is true of the world of entertainment.

A lot of rappers are pledging their support on social media. But some of the more salty and embittered figures of hip-hop are just standing around laughing. We’re talking about 50 Cent. 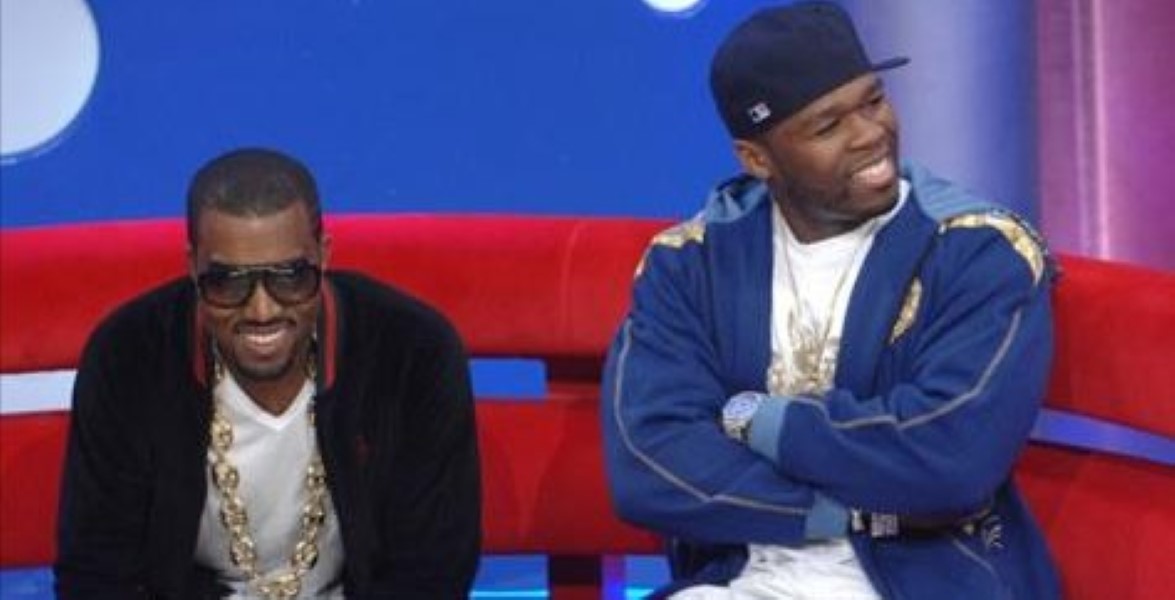 Now, is he stil p*ssed about that time he bet Kanye that he’d sell more albums than him when they both had records drop on the same day? And lost… Or is he just being a douchebag?

Here’s what he wrote: 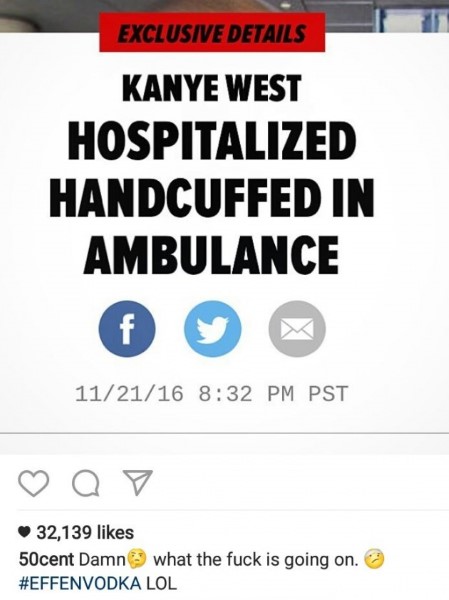 Hey, look. We know that Kanye is weird and egotistical and all that, but c’mon. 50 Cent?! He ain’t dropped a good song in forever, he’s in sh*tty movies and all he does is rattle on about his awful bottom shelf liquor. #EFFENVODKA #LOL