Oakland, California. Police stand-offs don’t get a lot stranger than this… News broke recently of an ‘Active Shooter’ scenario Near I-580 at 98th Avenue & Las Vegas Avenue.

The dude went from looking menacing waving a rifle about from his house to strutting down the street (still with the gun) to go on a GRAFFITI RAMPAGE. Yeah, we know. Crazy right???

“When officers arrived on scene, the suspect was in the street and began shooting at the officers,” said Officer Johnna Watson, a police spokeswoman.

“An Oakland officer discharged his firearm, but it is unknown if the suspect was hit,” Watson went on. 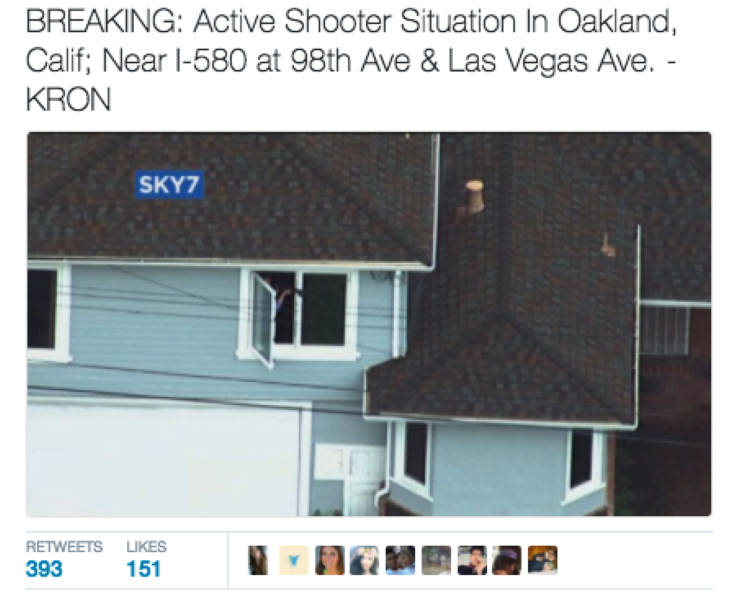 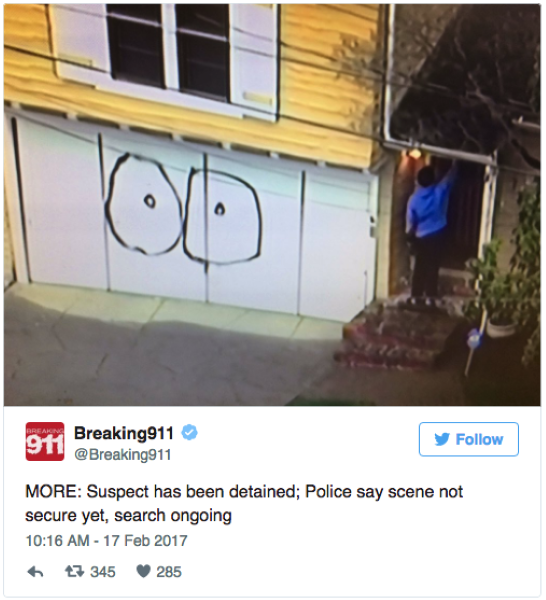 WTF is going on here, we’ve no idea. Why someone goes from brandishing a large weapon, having the local police called and being referred to as ‘an active shooter’… To spraying a d*ck on a car? It’s not really easily explained. 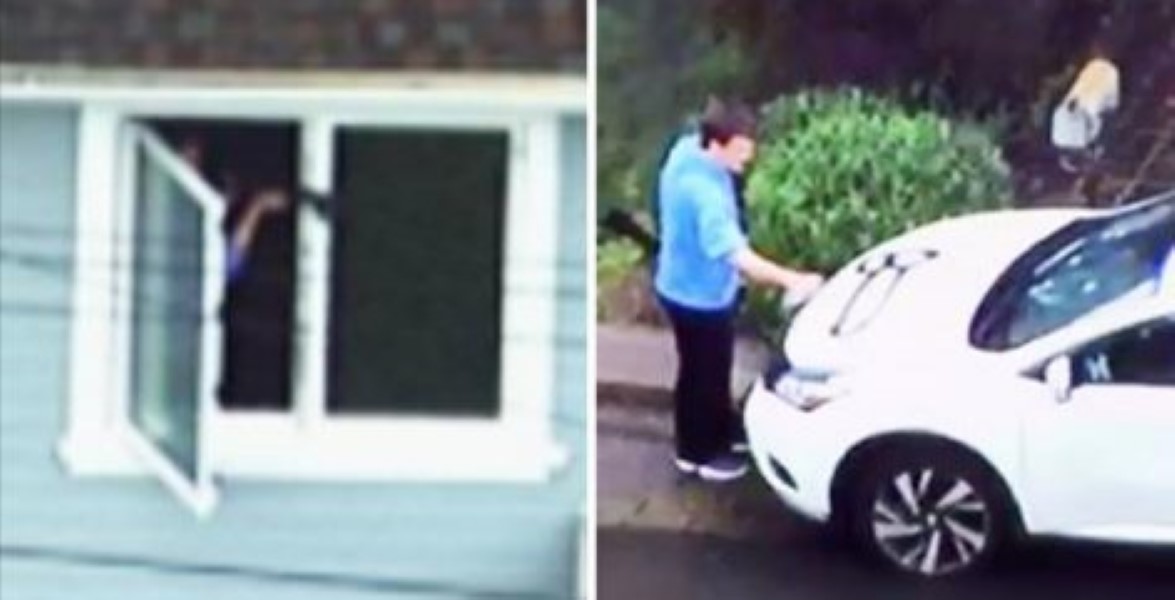 Here’s some weird TV news footage of the guy casually strolling out of his house, wandering up to a parked white car and spray-painting a giant c*ck n’ balls… BIZARRE.