Santa Ynez Valley, Santa Barbara, California. Naturalist and writer Bryan Snyder was out for a stroll when he noticed something incredible that he managed to get some awesome photographs of.

He saw a Californian Kingsnake and an Alligator Lizard tussling it out. The snake seemed to be winning, what with it having EATEN the lizard. But the lizard wasn’t done. The lizard starts BITING the snake while he’s being eaten and the fight is back on.

Bryan said this about the incident: “A California kingsnake surprised an alligator lizard by grabbing its body, but before it could reorient the lizard to swallow it head-first the lizard latched onto the snake’s body.” 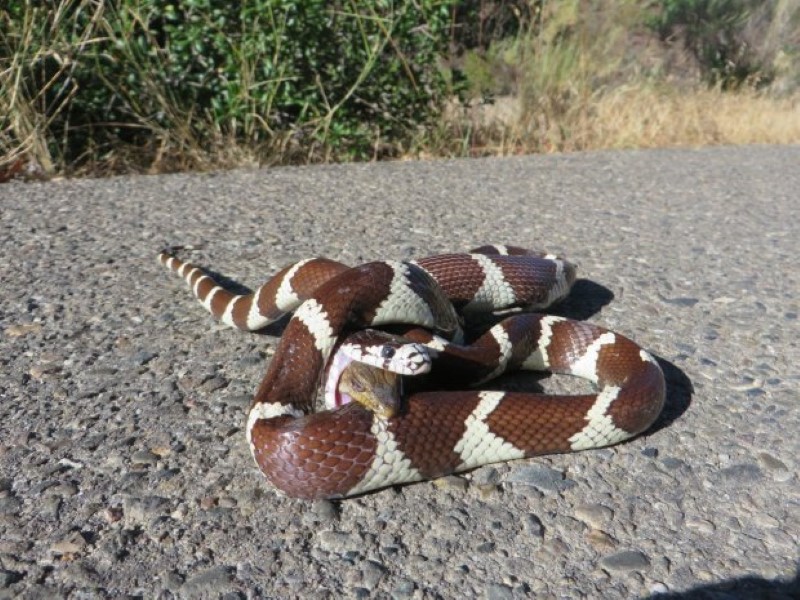 Snakes will usually eat lizards like this head first. But it was forced to attack the other way due to the lizard’s position and the snake’s desperation. 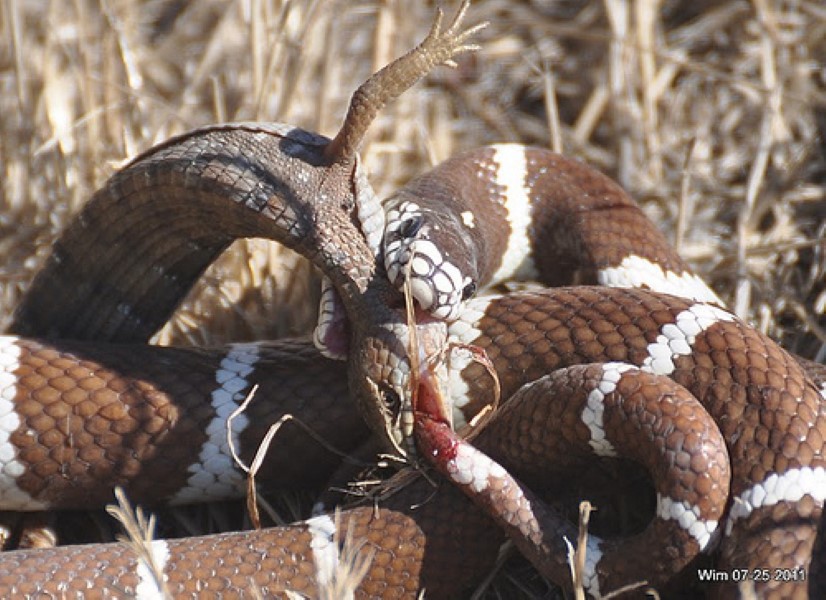 And the craziest thing? The lizard survived! It hurt the snake, wriggled away and made good its escape! 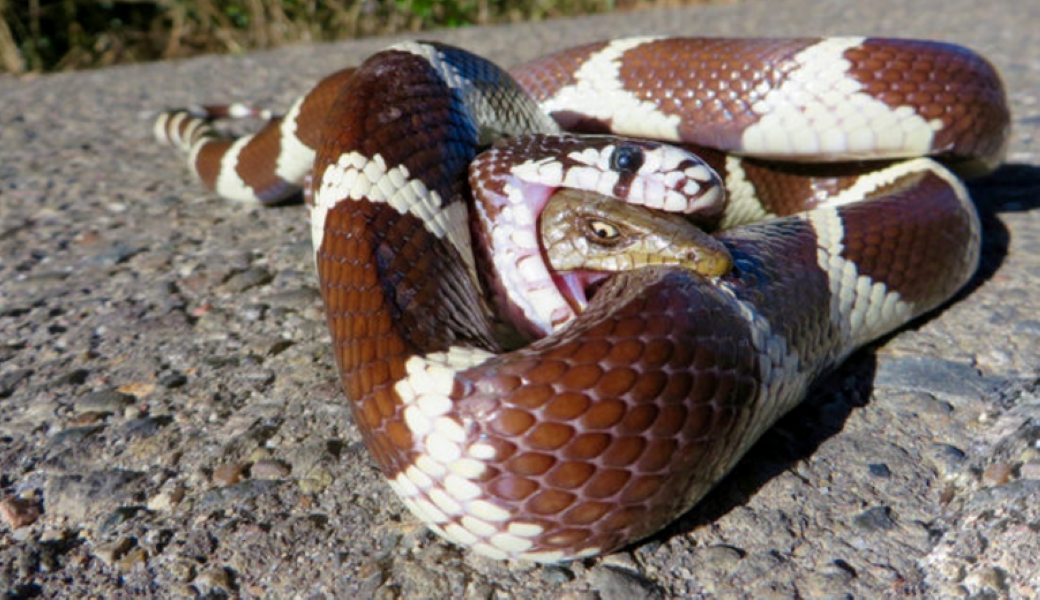 Never give up! That’s the lesson here. Even when life is eating you alive…