The anti-Trump protests kind of merged with the global women’s marches this week and it made for a Helluva sh*tshow across the world. People shouting and screaming and hating each other all over everywhere. The worst place for it? Probably the home of the presidential inauguration, Washington DC.

At one protest, it kicked off when an anti-Trump protester set alight to a Trump supporter’s hair. The incident was caught on film and we have it for you below.

The girl was laughing and mocking the anti-Trumpers, which is presumably what set them off (and it was a lighter that set the girl’s hair alight). 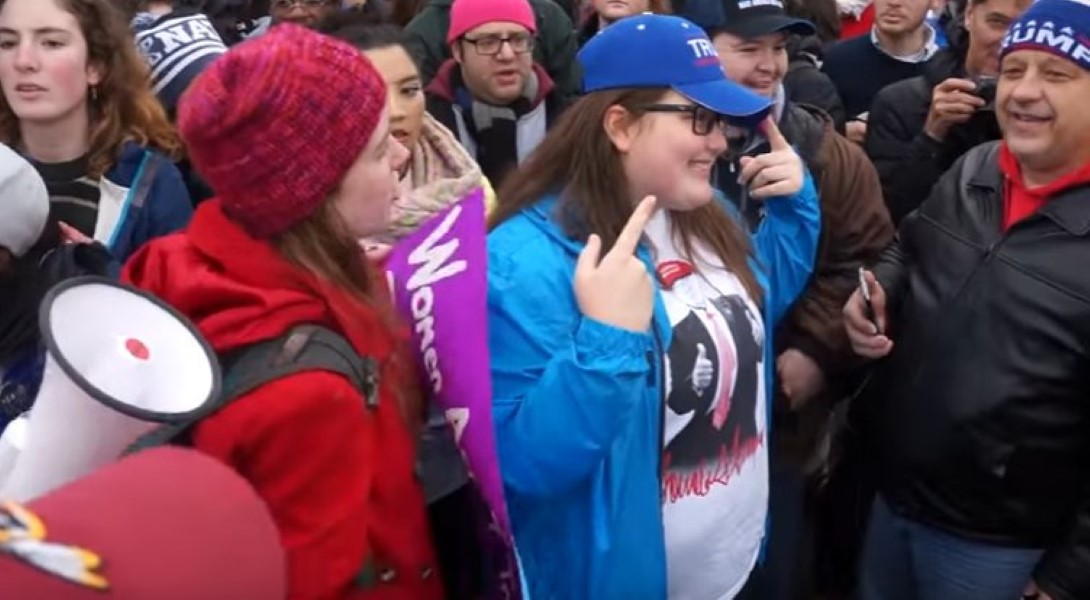 The person who did this deserves to get their a*s handed to them, but maybe the girl shouldn’t have turned her back to a group of angry people she was laughing at, huh? 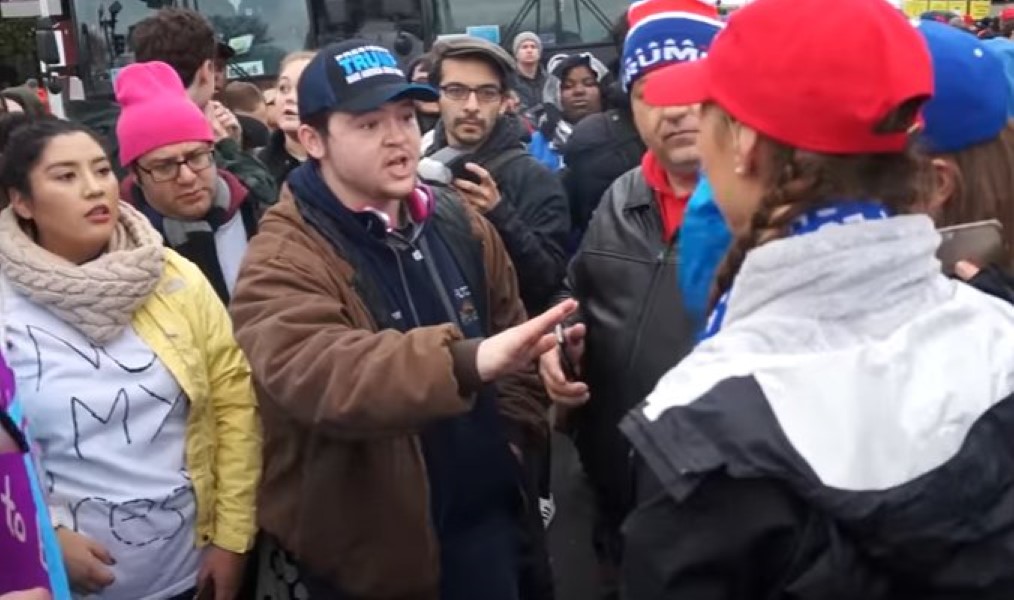 Here’s a snap of the woman responsible:

Here's the person suspected of lighting the Trump supporter's hair fire after the inauguration. @DCPoliceDept pic.twitter.com/fYX2hr3zrP

Here’s the footage of exactly what went down at the protest: