Donald Trump‘s got the Republican presidential nomination. Donald Trump could very well be the next President of the United States. But a lot of people ain’t happy about that. Despite that kinda being democracy… There are plenty of anti-Trump protesters. And their slogan? ‘F*ck Donald Trump!’

Catchy, sure. Clever? Not really, no. And it looks especially stupid in this clip where they’re chanting it only to stop to have a pop at a young woman for swearing at them… 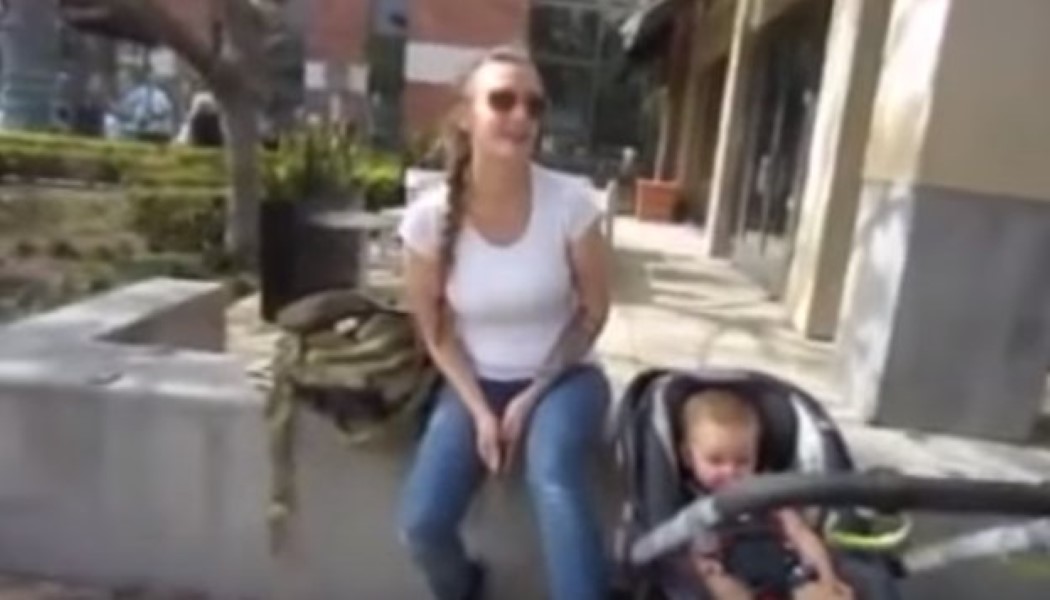 These douchebags think they’re smart shouting at this woman and her kid… But they don’t see her husband around the corner. And he wants a word…

Well, actually – he wants more than a word. check it out: