Arnold Schwarzenegger wants to be President of the United States. He thinks he’d do a better job than Donald Trump or Hillary Clinton and hey, maybe he could. Not that we’re likely to ever find out, of course. You’ve gotta be born in the States to get the gig. And the former Governor of California comes from Austria. But he’d like to see that law changed…

Here’s what he said about it: “If I’d been born in America, I would have run. Because now? This was a very good time to get in the race. Like many Americans, I’ve been conflicted by this election – I still haven’t made up my mind about how exactly I will vote next month.”

“I have been a proud Republican since I moved to America in 1968 and I heard Nixon’s words about getting the government off our backs, free trade, and defending our liberty with a strong military. That day I joined the party of Abraham Lincoln, Teddy Roosevelt, and Ronald Reagan.” 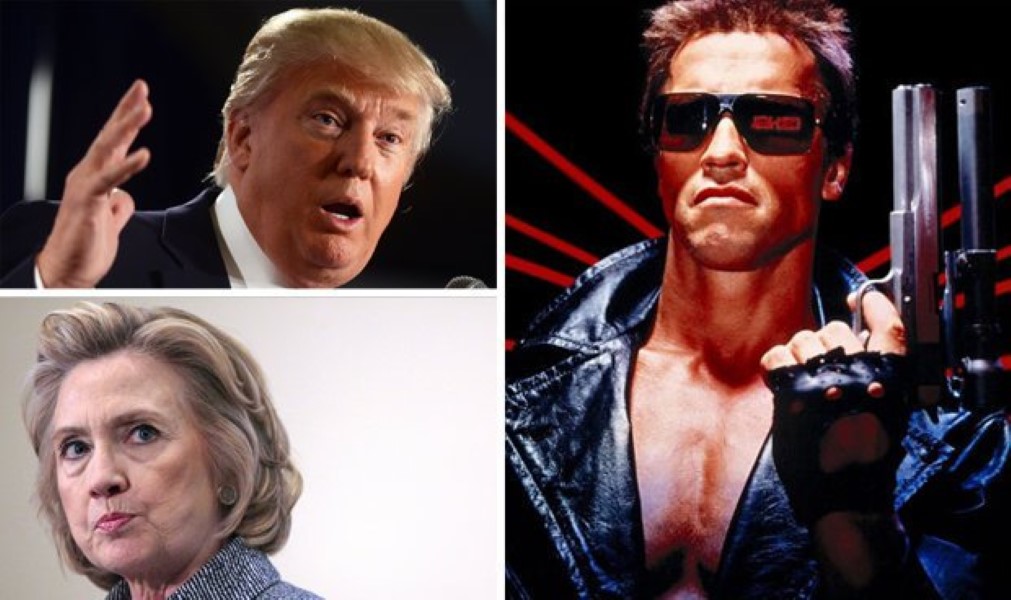 “But as proud as I am to label myself a Republican, there is one label that I hold above all else – American. So I want to take a moment today to remind my fellow Republicans that it is not only acceptable to choose your country over your party – it is your duty.”

Arnie for POTUS. Could you see it?