Giannis Magos is a Greek man. He’s also a bodybuilder. Oh, and one more thing… He’s a VERY sore loser.

At a recent event (the 2016 IFBB Diamond Cup title) Magos took part in he thought he was going to be announced as the winner of the 100kg division. But long-time and very respected bodybuilding judge Armando Marquez disagreed. And Magos went NUTS. He lost it, smashing up tables, slapping the judge and even exposing himself!

Evolution of Bodybuilding, one of the sport’s most respected news websites has called for the harshest possible punishment for Magos. Here’s the statement they just published on their site:

“There is no place for the actions that followed in the any sport and especially in bodybuilding,, Armando the judge is a true gentleman to the sport of bodybuilding and is one of the hardest workers in the organisation.” 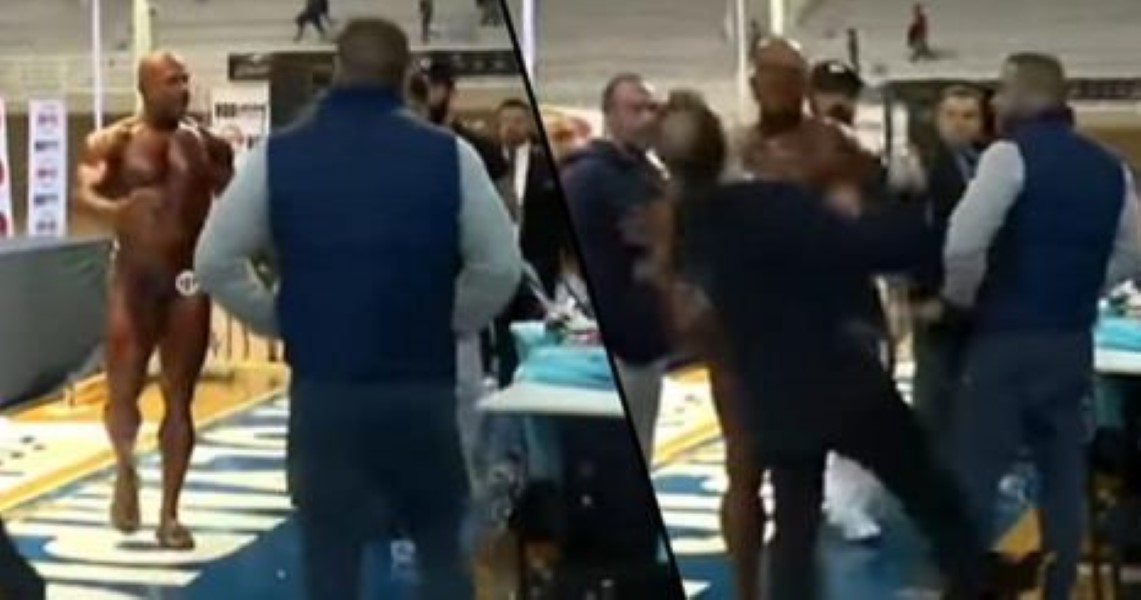 “The competitor that was involved in the incident should get the harshest penalty that the IFBB can give.”

This escalates QUICKLY. Luckily the whole flashing thing wasn’t caught on camera, but the rest certainly was: