Wrestler and MMA fighter Brock Lesnar has been cited over anti-doping infringements by the United States Anti-Doping Agency. Usually fighters have to prove they’re clean for four months before a fight. Lesnar came out of retirement for his recent win over Mark Hunt and was allowed a pass. Unwisely as it turns out…

Hunt has taken the news badly, kicking off and calling Lesnar a cheat. He’s also demanding that he now receive 100% of the purse for the fight.

“The UFC organization was notified today that the U.S. Anti-Doping Agency (USADA) has informed Brock Lesnar of a potential Anti-Doping Policy violation stemming from an out-of-competition sample collection on June 28, 2016. USADA received the testing results from the June 28, 2016 sample collection from the WADA-accredited UCLA Olympic Analytical Laboratory on the evening of July 14, 2016.” 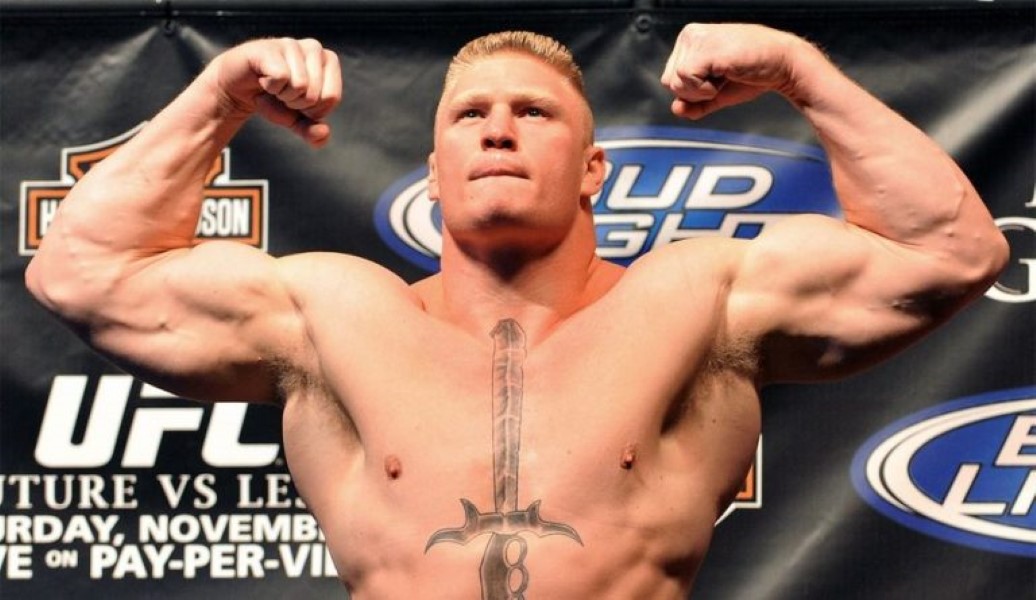 “USADA, the independent administrator of the UFC Anti-Doping Policy, will handle the results management and appropriate adjudication of this case. It is important to note that, under the UFC Anti-Doping Policy, there is a full fair legal review process that is afforded to all athletes before any sanctions are imposed. The Nevada State Athletic Commission also retains jurisdiction over this matter as the sample collection was performed in close proximity to Lesnar’s bout at UFC 200 in Las Vegas.”

“Consistent with all previous potential anti-doping violations, additional information will be provided at the appropriate time as the process moves forward.”

The UFC has been notified of a potential anti-doping violation by Brock Lesnar, stemming from June 28.

And here’s what Mark Hunt said about it all: