Former WWE wrestler and ‘straight edge’ superstar CM Punk has left wrestling behind and decided to try his hand at MMA. He’s signed to Dana White’s UFC and he’s desperately trying to get himself in the right shape and mindset to win his debut fight. He takes on Mickey Gall at UFC 203 on September 23rd.

His journey has been chronicled in an online documentary series called ‘The Evolution of Punk’ and it looks to be a painfully slow process for Punk (real name Phillip Jack “Phil” Brooks). A video showing him struggling with sparring shows just how tricky he’s finding the transition.

Brock Lesnar managed to swap rings, but it looks harder for Punk. He’ll have plenty of work to do to get fight-sharp and get a result out of Gall next month. 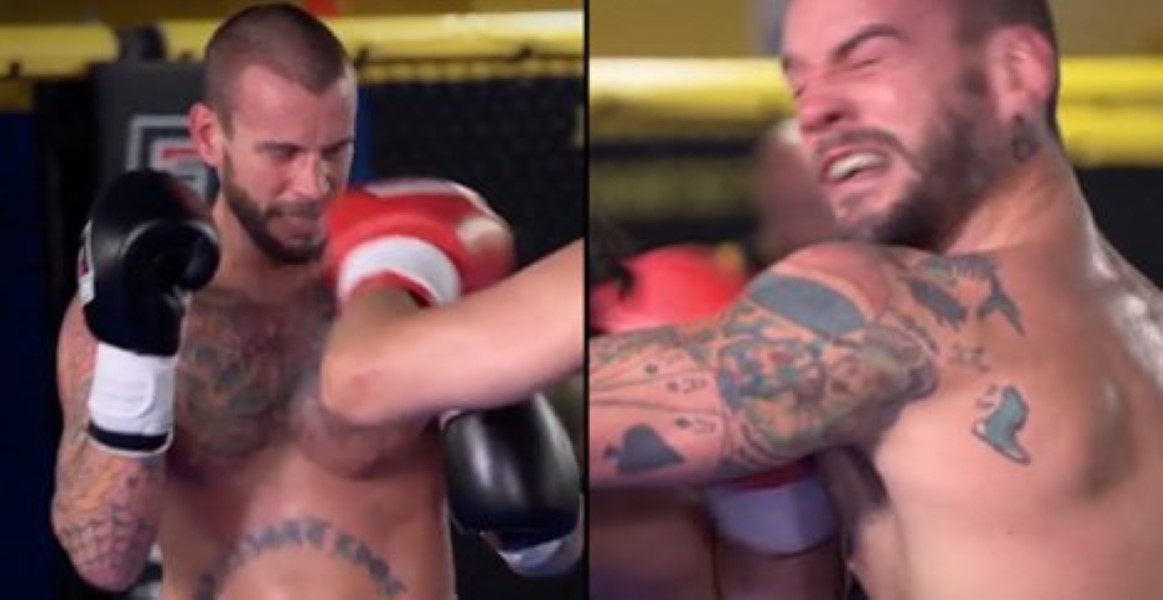 Watch him in action. It ain’t looking good for him…