The sporting world has spent the last day or two doing nothing but discuss the UFC future of its biggest superstar, Conor McGregor. We broke the news of his Twitter retirement announcement on Tuesday and told you about Dana White’s thoughts on Conor yesterday. Now, hot off the Facebook press – The Notorious has clarified his future and laid down the law. It’s an epic rant, we’ve got to say. And we see his point.

He starts by saying:

“I am just trying to do my job and fight here. I am paid to fight. I am not yet paid to promote. I have become lost in the game of promotion and forgot about the art of fighting. There comes a time when you need to stop handing out flyers and get back to the damn shop.” 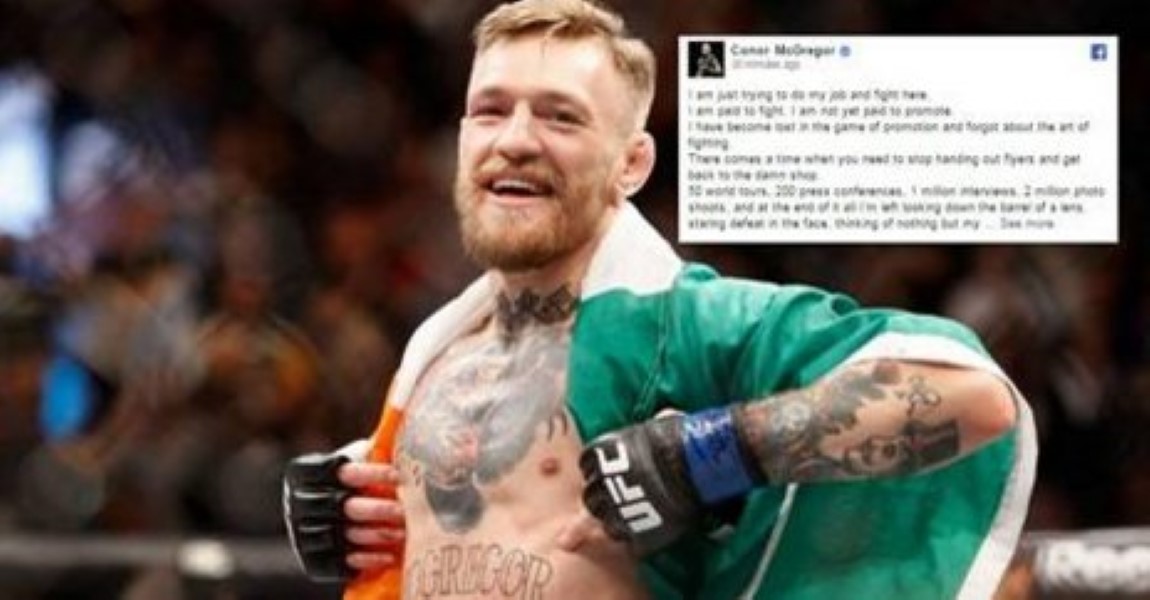