Remember Batista from WWE? He was an animal. And as you probably know, the guy behind him – the similarly named Dave Bautista – is now working in Hollywood. But he’s even bigger than ever. He’s a total bodybuilding mountain now. As you can see from some of the pictures below taken from a recent Muscle & Fitness photo shoot.

Looking cut and toned, he reflects on a busy career that’s seen wrestling, fighting and now acting. But the now Bond henchman and Guardians of the Galaxy star wasn’t always confident that he’d make it as an actor post-WWE…

“There were a lot of roles that I turned down and I struggled for years because I didn’t leave wrestling to get stuck in that rut of the cheesy action guy. I had to convince people that I was serious about acting and not just a wrestler who wanted to be in movies and be famous and make a lot of money.” 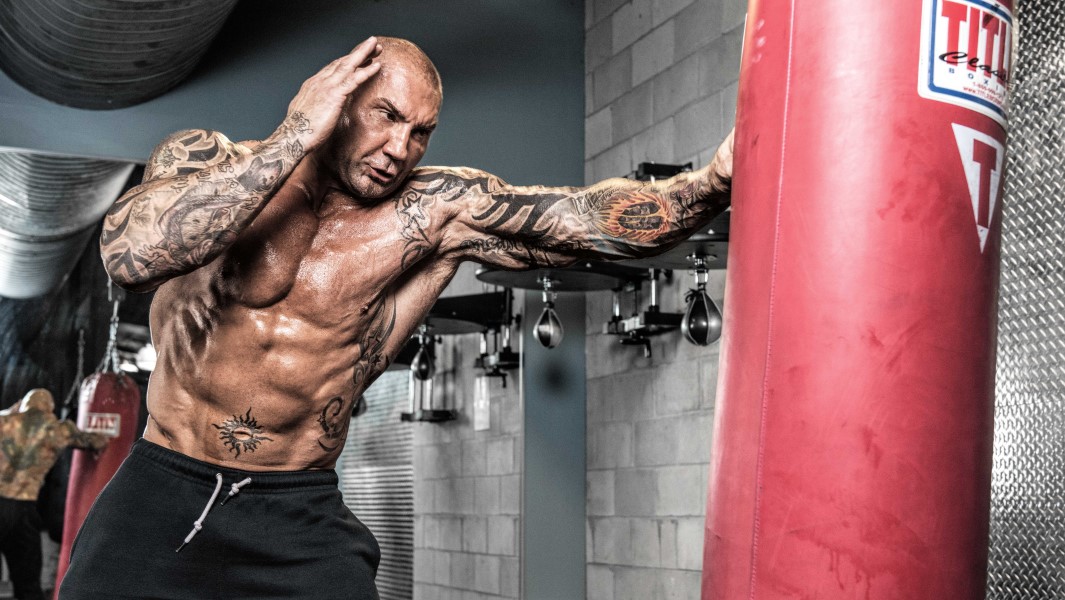 Before launching his acting career though, he even fought in an MMA event. Here’s what happened:

“I was so disappointed in my first fight that I really wanted a second one,” he says. “But at this point in my life and career, that makes absolutely no sense. I was more disappointed in myself because I was so nervous. I just kind of froze up. As soon as the cage door closed, I thought, ‘What the f*ck am I doing here?’ ” 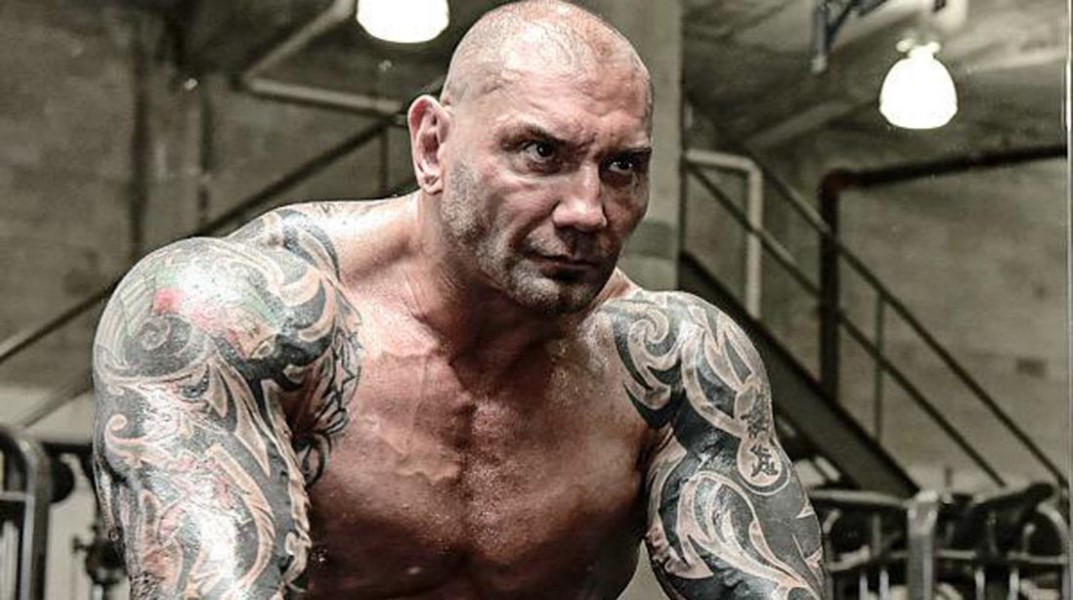 Bautista’s in the latest Bond movie too. Playing a total beast. He plays Mr. hinx in SPECTRE and got to throw 007 around like a rag doll.

“My agent called me and asked how I’d feel about being in a James Bond film, and my immediate reaction was, ‘Fuck, yeah!’ And he said, ‘I figured, but I just wanted to double-check because it’s a henchman role.’ But I’m proud to say there are henchmen and then there are James Bond henchmen. The Bond ones are always iconic and memorable. And it’s always more fun to be the bad guy, to be honest.”

Here he is in the best scene in the movie – fighting Daniel Craig‘s James Bond on a moving train:

He’s not ruling out a return to the WWE ring, either…

Dave Bautista. What a dude.