Last night saw the first of the US Presidential debates between Hillary Clinton and Donald Trump. Now, we ain’t gonna bore you with the details or poll results or whatever – if you wanna read about that, hit Google News up. But there is one thing that caught out eye… Or should we say ‘nose’?

Did you notice how much Trump was sniffing? He look tweaked, had a runny nose, kept sipping water… If you saw a dude doing all that stuff in a club you’d think only one thing, right? Cocaine.

It’s not just us thinking it, though. The Governor of Vermont, Howard Dean, has gone on record on Twitter to accuse the man of drug use…

‘First you get the money…’ 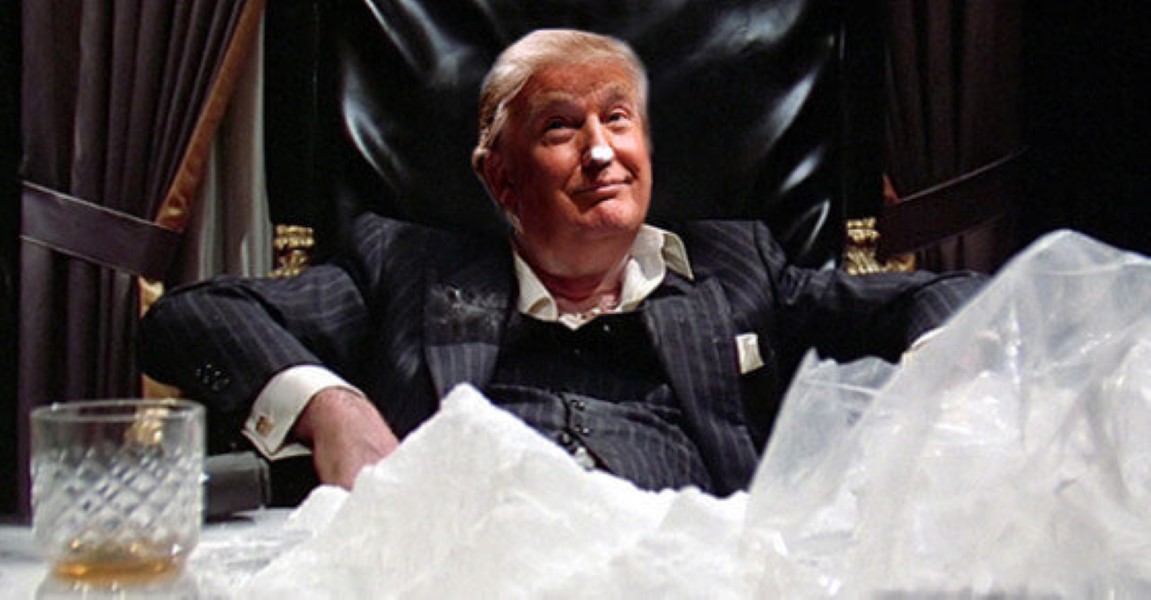 Think it’s BS? Well, maybe. But here’s a supercut of all the sniffs that might well change your mind…