The University of Connecticut student union. A student called Luke Gatti walks in, clearly boozed-up. He’s only 19 by his own admission, drunk as a skunk and shouting and being rude. He’s after some mac n’ cheese, but he’s being denied service.

After some insults, things get heated, confrontational and  – eventually – it all kicks off…

Gatti’s got form too. He’s been arrested in the past for similar incidents. 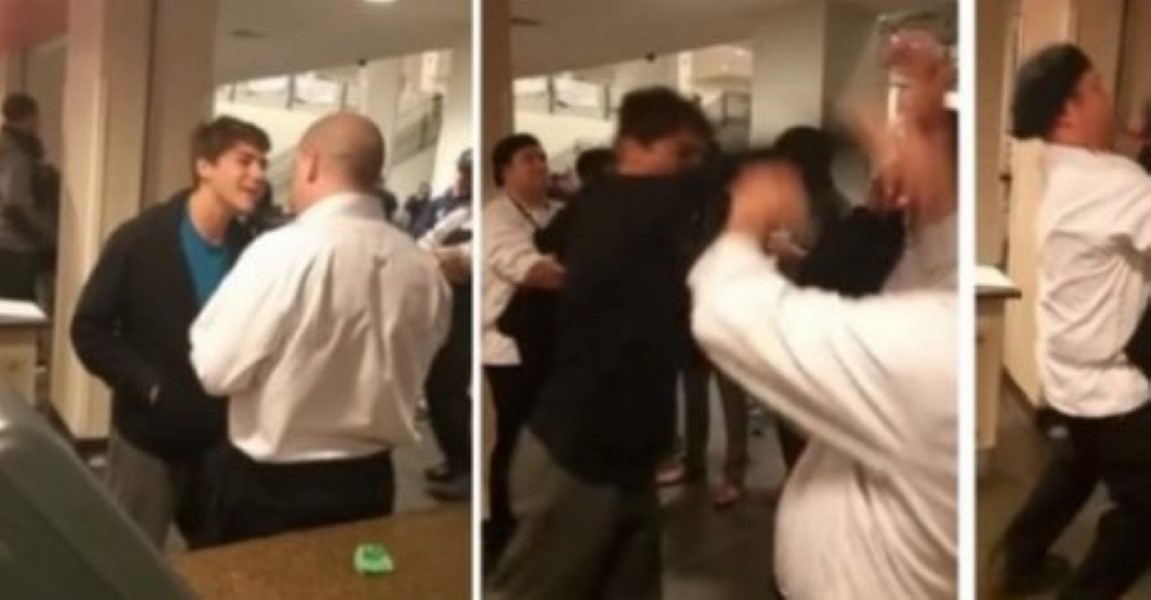 “Upon arrival police saw Gatti being detained by Union Street Market employees. Police took Gatti into custody and learned through statements that Gatti had been refused service due to drinking alcohol in the market. After being told to leave several times, Gatti refused and became verbally and physically abusive with staff. Gatti shoved the manager several times before he was detained by staff.”

Gatti was charged with second-degree breach of peace and criminal trespass. He’s due in court in October to answer the charges. Check out the incident in full right here: