Eminem is back. With a hard-hitting and lyric-packed rant that demands your attention. And everyone else’s. It’s an epic seven minute track called ‘Campaign Speech’ and it’s straight-up BRUTAL. The music is kept to a minimum (hence the ‘speech’ part). And that allows for The Artist Formerly Known As Slim Shady to do what he does best… Rap. Uncompromising, offensive, hilarious. The man’s still got it.

His lyrical style is as strong as ever. Here’s a taster: “Dressing George Zimmerman in a florescent orange dress and four inch heels/To address the court with a bulls-eye on his back/His whole chest and torso left on the doorstep of Trayvon’s dad as a present for him.”

But it’s his targeting of a certain Presidential candidate that’s hit the headlines. Here’s what he says about Donald Trump: “And that’s what you wanted, a f*cking loose cannon who’s blunt with his hand on the button who doesn’t have to answer to no one? Great idea.” 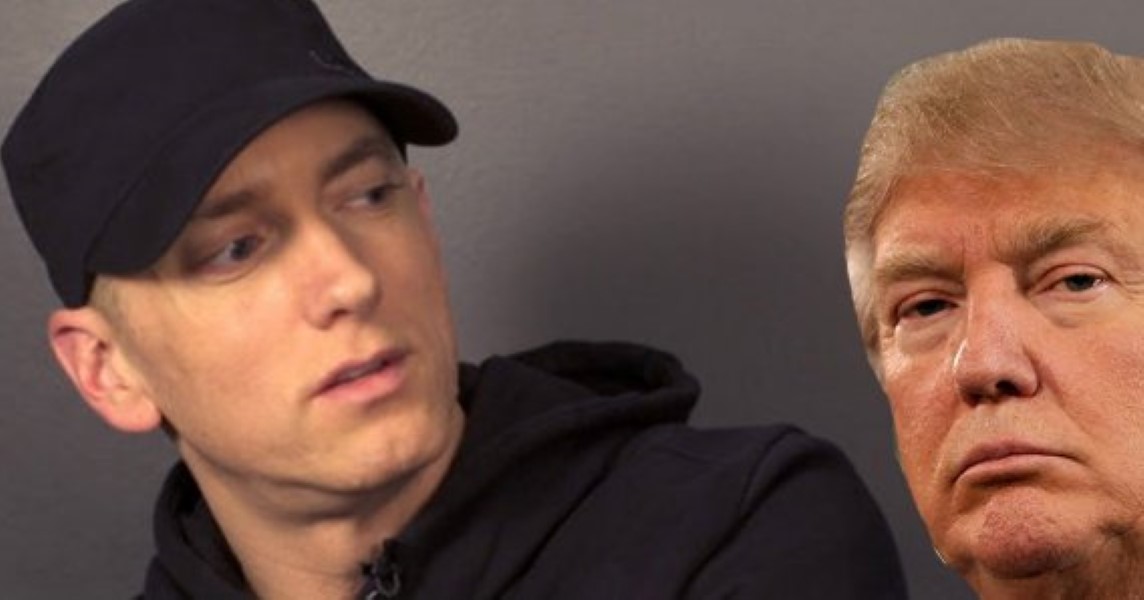 Turn it up for this: