Palm Bay, Florida. This past weekend. A crazy incident during a boxing match between two Mexican fighters saw an crowd member spring up out of nowhere and – in the middle of the sixth round – PUNCH one of the boxers over the ropes!

The bout was between Joshua ‘Killer’ Pagan and Jose Resendez. But it was Resendez that was doing the killing, dominating the fight…

Out of nowhere a man in a white t-shirt and black baseball cap appears and lashes out in the shocking attack. 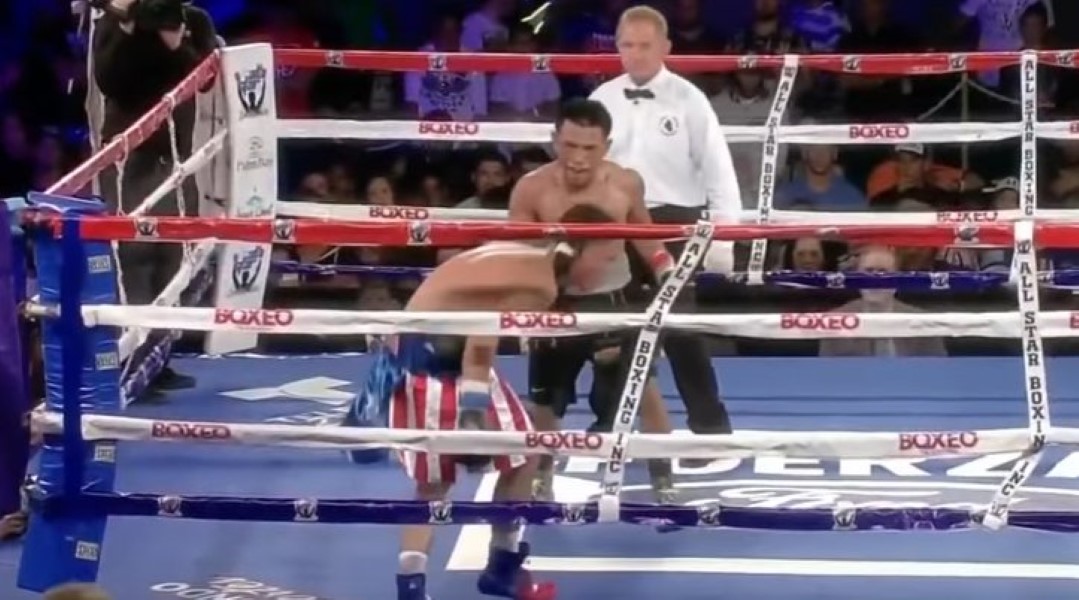 It hasn’t been confirmed, but there is quite a lot of speculation online that the man is actually Pagan’s brother. It’s thought that Aaron Isreal Pagan was unhappy at Resendez’s behavior in the ring and sought to let him know.

At first, it looks as though the man is working in Pagan’s corner and the thing he’s throwing is going to be a towel. But it’s soon apparent that it’s a blow heading ‘Lil Pacquiao’s way.

The incident happened at the ‘Showdown At The Bay IV‘ event and ended – controversially – in victory for Pagan. Resendez took the defeat well, but has called for a rematch due to the incident: “Just looking at this I do not need other eggs to win. I want a rematch with Joshua Pagan or his brother Aaron Pagan,” he told media outlets post-fight.

Craziness. See for yourself precisely what went down.