Sydney, Australia. 18 year-old Amy Sharp managed to escape from Surry Hills Corrective Services Cell Complex, after originally being arrested for a variety of what the Australian police are calling ‘property offences’. She slipped the net and fled on foot. The cops lost track of her. She made good her escape. Risky business.

The Aussie cops had no choice but to appeal to the public for information about Sharp, putting out wanted posters and posts on social media about her and her escape. For a picture they used her mugshot.

Sharp eventually saw one of these posts and was horrified when she saw that the pictures used weren’t massively flattering. So what did she do? She contacted the police and sent them a picture they could use instead – one where she looked a whole lot prettier! 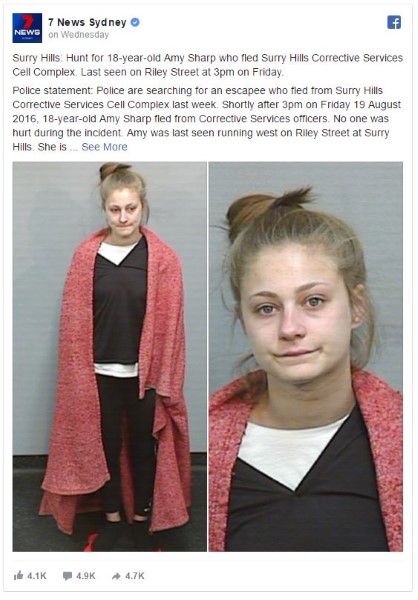 So here’s the snap she sent to the cops on Facebook – the one she’d have prefer they use on all their wanted posters and posts: 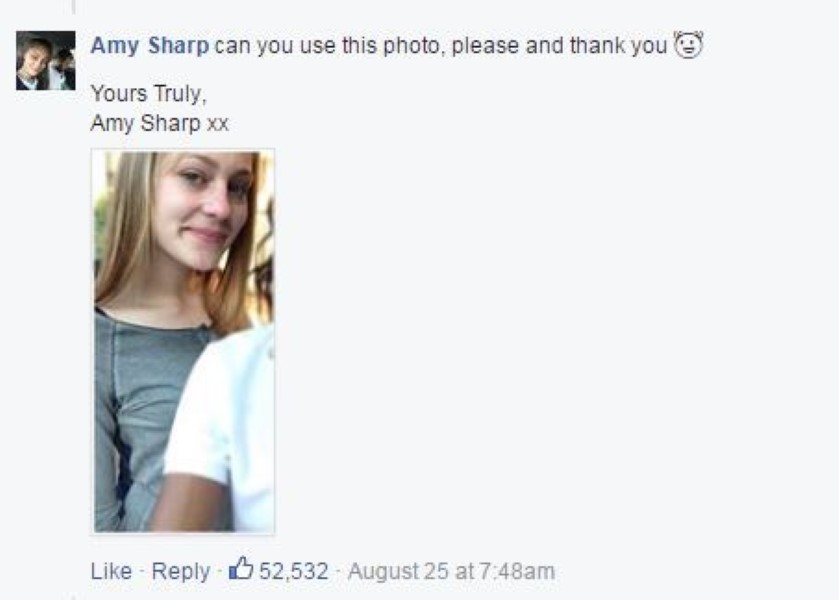 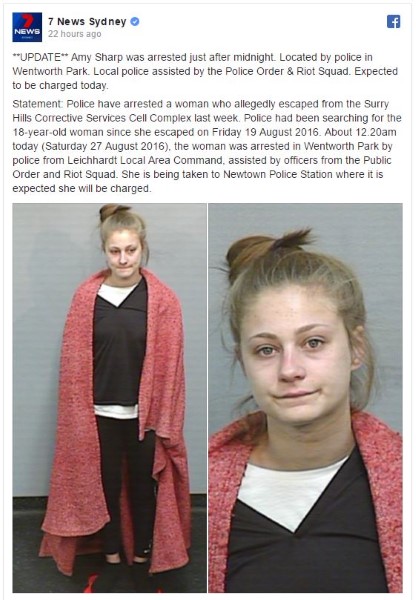