A pretty incredible clip has hit the internet via Reddit and caused quite a commotion. In it, we see a young couple sitting on top of the cliff. The girl stands, as if to dive in (and it’s a HELLUVA long way down). She then reconsiders but loses her balance. She about to fall of the cliff.

As instinct she goes to grab her boyfriend as if to steady herself or stay on top of the cliff. But she’s already going down, she’d just drag him off the rock too. What does he do? Looks out for himself and escapes her clutches. She falls. He doesn’t.

By all accounts, the girl managed to land in the water below and is safe and unhurt. But we’re wondering if she’s reconsidered how she feels about her boyfriend… 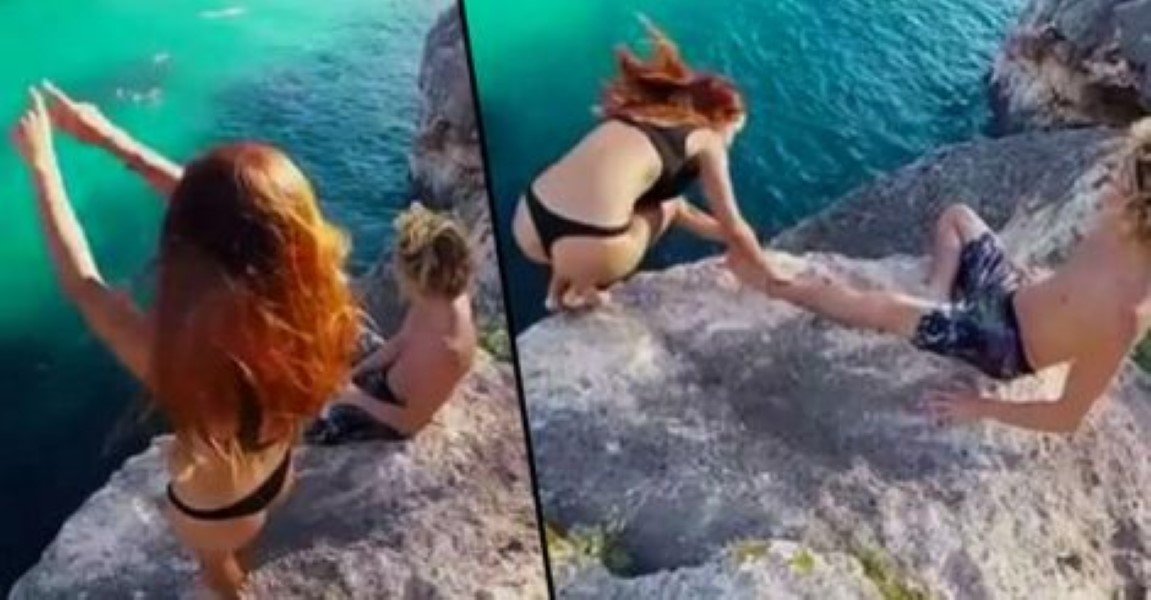 Since hitting the net, people have been split – some say she knew the risks and he was just working on instinct. Others say he’s gutless and selfish.

See for yourself and decide… Is this dude a coward? Or just smart?!