Ryan Hamilton is the man behind the popular YouTube account HammyTV. His latest video sees him posing the question, ‘would people pay him a dollar not to vote for Donald Trump at the upcoming US Presidential election?’ And so he puts it to the test. And gets a very definite and immediate answer… Yup! You betcha.

Now we ain’t taking sides here. We think Trump is a pretty bad dude. Allegations of sexism and racism don’t make us warm to him very much. But then Hillary Clinton isn’t much better. A proven liar with a shady track record. But it looks as though most people hate Trump more. And we can kinda understand it.

While Hammy’s out there testing his idea he stumbles across a homeless lady who offers him one of her last two cigarettes, so he strikes upon an idea… 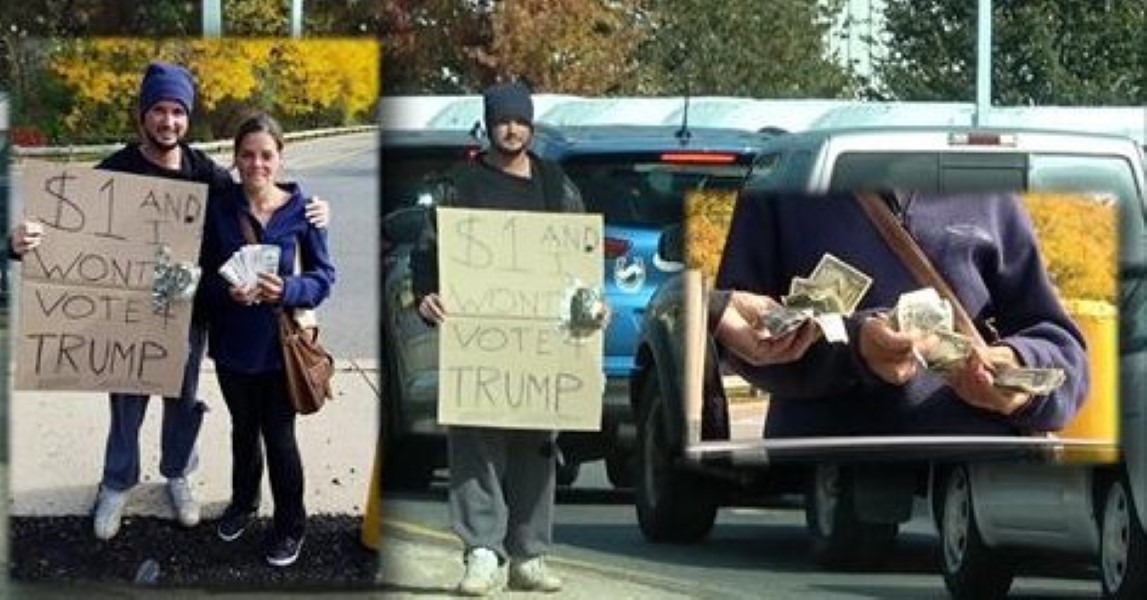 Here’s what went down… Be sure to stick around until the end.