F*ck with Ice Cube and what happens? That’s right – he puts a foot in your a*s. So you’re brave or stupid man to try it. Which is Donald Trump? We’ll let you decide. Only he’s upset Cube in a big way. Him and his people have been claiming that the NWA man is endorsing him for president. But that ain’t right.

It comes after Ice Cube was misquoted in an interview. In it, Cube talks Clinton and Trump, criticizing Hillary and saying how he understands why people like Trump. But that the same as saying he was gonna vote for him.

He’s since tweeted that Trump needs to leave his name out his mouth. And also said, ‘I will never endorse a muthaf*cka like Trump EVER!’ 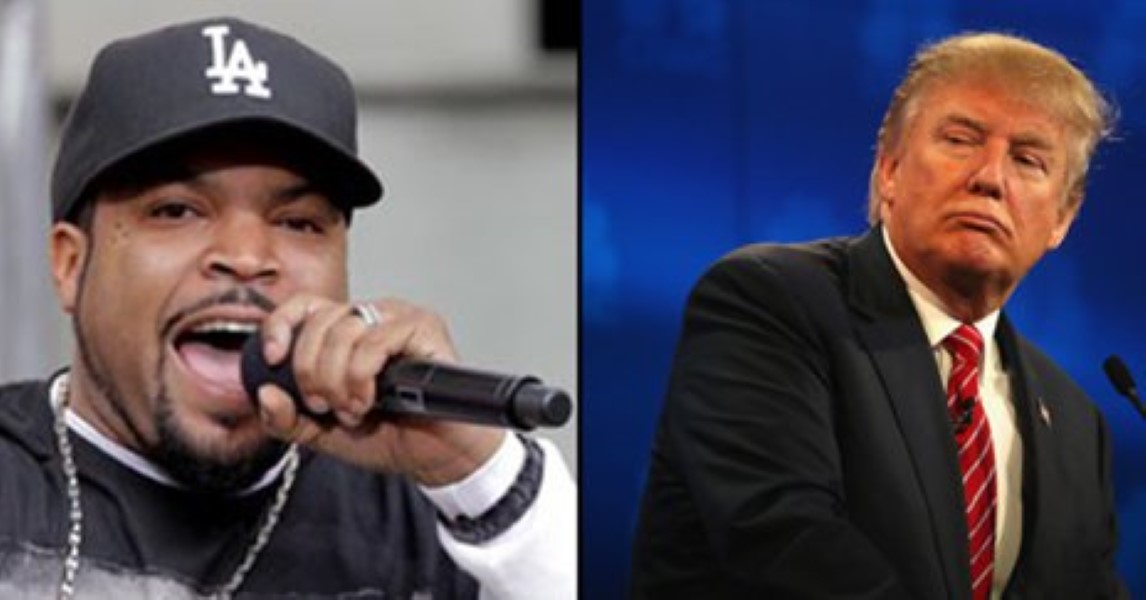 Here’s the clip from a recent interview that Trump supporters thinking Cube was one of them:

But he was just explaining the man’s appeal, not endorsing him. So he made pains to clear it all up in this tweet:

Stealing endorsement is not how you become the president of the United States, homie. Leave my name out ya mouth… pic.twitter.com/Mo18hYcW8h