After a summer spent watching the Rio Olympics, the world is still very much into track and field events. And the lure of the celebrity of The World’s Fastest Man, Usain Bolt, never fades. So when James Corden‘s people had the opportunity to book him – they went for it. And good job, too… It’s made for one of the funniest bits of TV we’ve seen in ages.

The premise? Simple. A race! The Brit host, actor Owen Wilson and a whole bunch of crew from The Late, Late Show are taking on the Jamaican. Where? Well, the CBS Television City parking lot, an “historic place where people who work on The Price Is Right park their cars.”

The nine-time Olympic gold medal winner makes light work of his opponents and it’s just too funny. Watch out for some of the weirder employees of the late night chat show and their attempts to run… 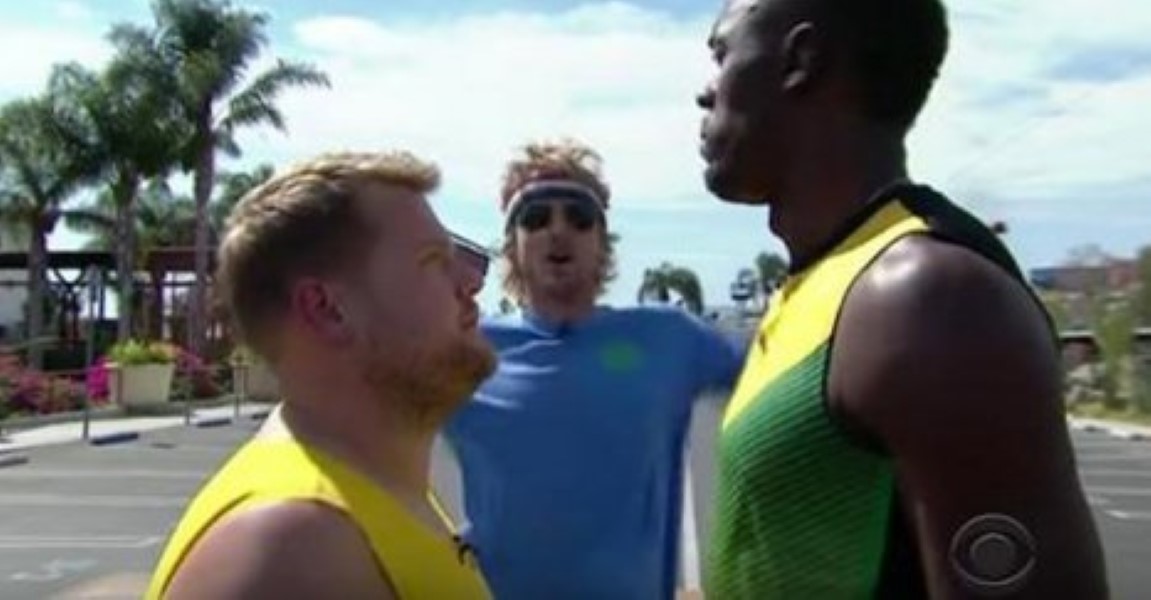