Ever since he was a kid in Mansfield, England, Jason Statham has always been sporty and active. So that’s given him a natural grounding for going on to remain fit and push his body to the limit. Now, he’s just celebrated his 49th birthday and looks as ripped and toned as ever. Maybe even more cut than ever before.

As a child he represented Britain’s National Diving Squad for twelve years and that gives you a strong core. Statham even represented England at the 1990 Commonwealth Games. Good trivia, huh?

His breakthrough role was nineteen years ago, back in 1997 in Guy Ritchie’s cockney gangster flick Lock, Stock and Two Smoking Barrels. He was 31 at the time. 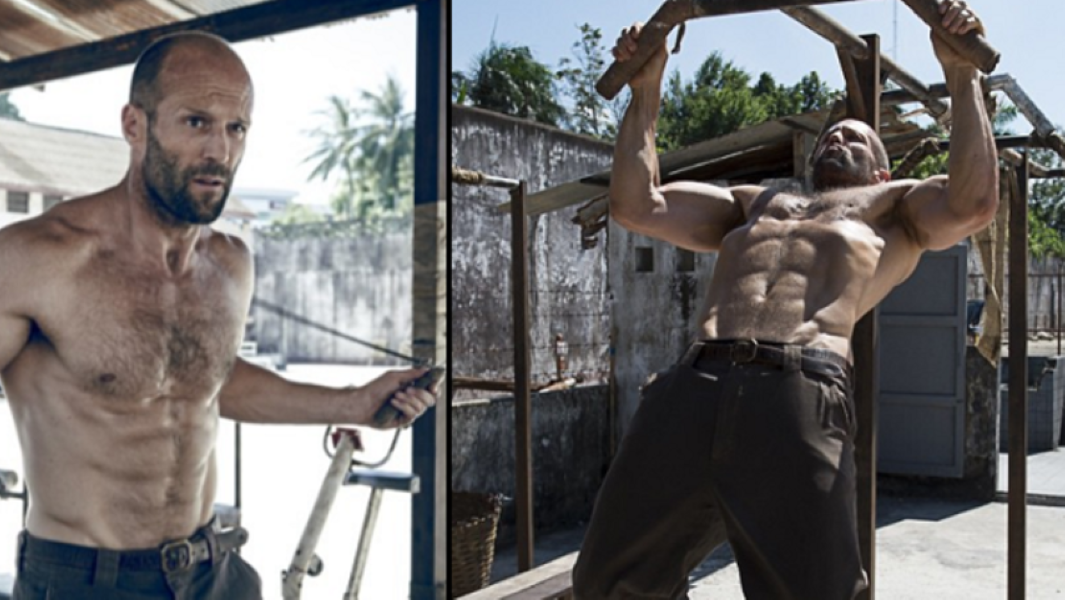 But how? Well, he does a lot of his own stunts, meaning that he HAS to be fit. That helps. So his physical fitness isn’t just for show. He can back it up too.

“I’m certainly no vegan, but there’s this little place down on Sunset that I’ll go to, the California Vegan, and they do a really good steamed vegetable and brown rice,” he said. “You put that in your body and you feel good. Or try a nice miso soup. There’s nothing better than that stuff.”

1) “Never repeat a workout – it is virtually impossible to go through a training plan without repeating the exercises but each and every workout would be varied.”

2) “Take notes of everything – as you progress through the workouts, it is inevitable that you will get fitter, faster and stronger. Therefore, it is vital to a successful plan to record all lifts and times so that intensities can be calculated.”