Looks like pop star thug wannabe Justin Bieber has p*ssed off even more people recently. Par for the course when you’re a bit of a douchebag, we suppose. But he may have made a powerful enemy… UFC star Ronda Rousey. And she is not a girl you want to get on the wrong side of!

What happened? Well, it’s all about her younger sister. The two were at a party and Bieber was there. He shunned the girls and it upset the smallest Rousey. And now big sis is feeling protective.

Here’s what the MMA star said about it: “I walked over there and said ‘Excuse me…’ and he turned around and said ‘I’ve already taken a billion pictures today’. I said ‘yeah, but, she’s the only 16-year-old girl at the whole party’… and he goes ‘a billion’ and walks off and totally snubbed my little sister.” 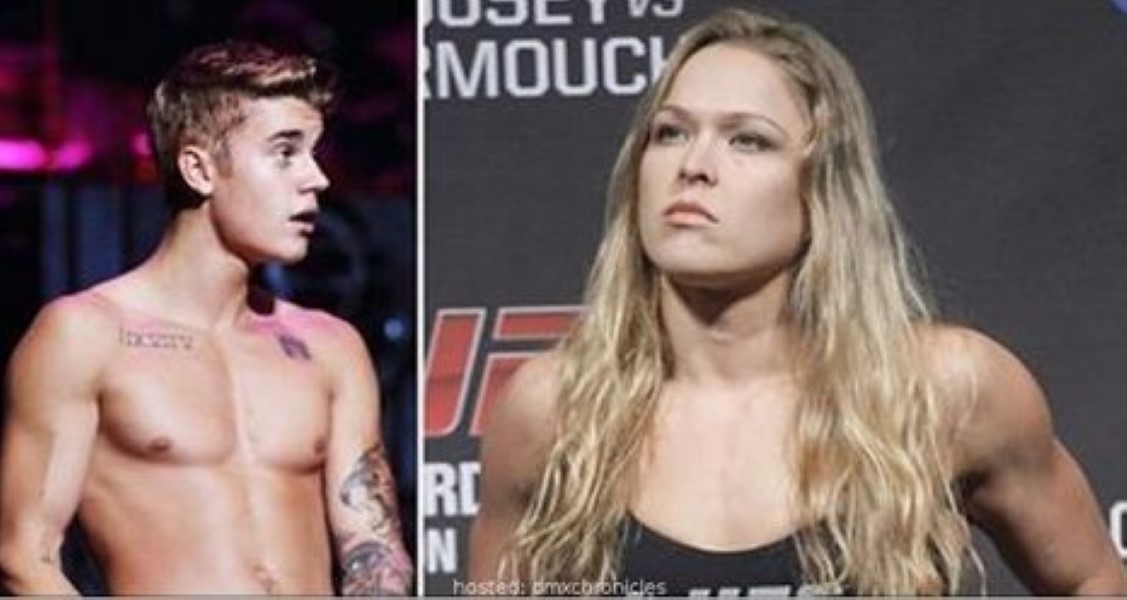 Apparently after having seen it, Rousey’s little sis was then in tears and admitted to not being ‘a belieber’ anymore.

Here’s more on the rivalry. We’d love to see this as a fight. That’s something we’d pay A LOT of money to go see…