His name is Vitalii Sediuk and he describes himself as ‘an internet prankster’. But then again, so does half the web nowadays, doesn’t it? The dude might not have caught your attention or made you laugh before – but he’s making the news now. Why? Well, it’s all to do with Kim Kardashian. And her butt.

You see, Sediuk recently breached her security and managed to kiss Mrs. Kanye West right on the rump. It was Wednesday afternoon and the 35 year-old mother-of-two was coming out of a restaurant called L’Avenue when the guy struck. He managed to hit the deck and plant a smacker on her a*s before her security manhandled him away.

And now she’s suing! For assault. Kardashian is getting a restraining order out against Sediuk too. He claims the stunt was a protest against her ‘fake butt implants‘… 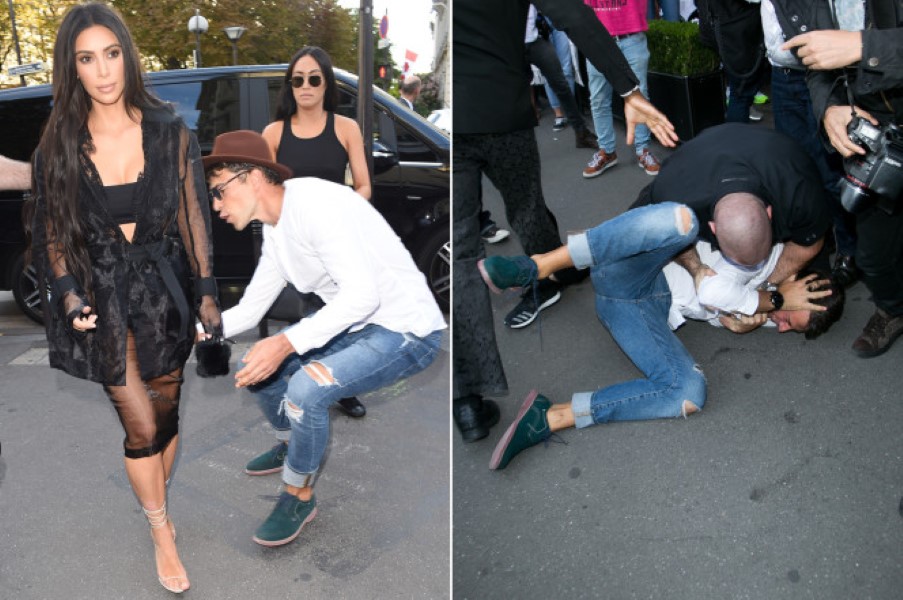 “I encourage her and the rest of Kardashian clan to popularize natural beauty among teenage girls who follow and defend them blindly,” he says. Ho ho! We told you he was funny.

Doesn’t seem like the dude is all that fussed about it, though:

Me after finding out Kim is taking legal actions against me…? #bodyguard #kimkardashian #pascalduvier