Remember Korn? If you used to wear skate shoes and black hoodies nine sizes too big, then you probably do. The heavy metal band are about to embark on a South American tour, without their regular bassist. He can’t make it due to ‘unforeseen circumstances’. So they drafted in a replacement. Tre Trujillo, son of Metallica‘s Robert Trujillo… Oh. And he’s just TWELVE YEARS OLD!

Here’s what the band said about the bold move in a recent statement: “On April 17 Korn is heading down to South America for a run of dates in Columbia, Brazil, Argentina, Chile and Peru. Due to unforeseen circumstances, Fieldy is unable to make the shows so the band will be joined by a special guest.”

“Filling in for bass duties will be Tye Trujillo, the 12-year old son of Metallica’s Robert Trujillo and member of NorCal group The Helmets.” 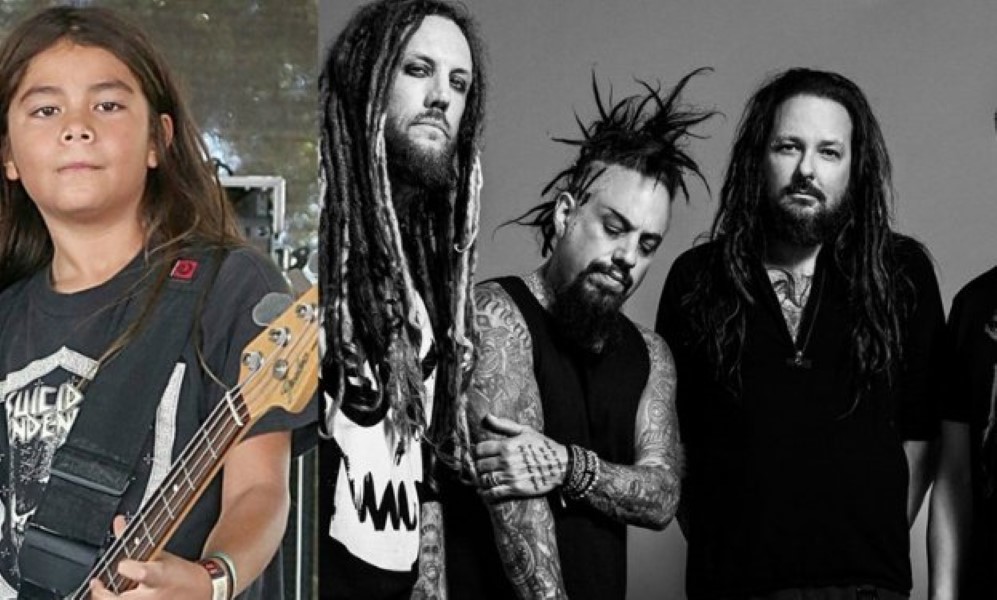 “We are bummed Fieldy can’t join us on this run but excited to do a few gigs with a young player like Tye. We look forward to welcoming our brother Fieldy back when we return to the States in May. He will resume Korn’s 2017 tour at Carolina Rebellion on May 6.”

Here’s more on the story from Loudwire News:

But enough chit-chat. Let’s see the kid in action!