The would-be adult star, who plans on going by the stage name Felicity Faux, took more than $10,000 from Black Hills Community Bank after passing a note to the teller, threatening to shoot her with what appeared to be a large gun (which was obscured from view underneath the woman’s sweater). But after being tracked down by South Dakota Police, the ‘gun’ turned out to be nothing more than a sex toy (albeit quite a sizable one). 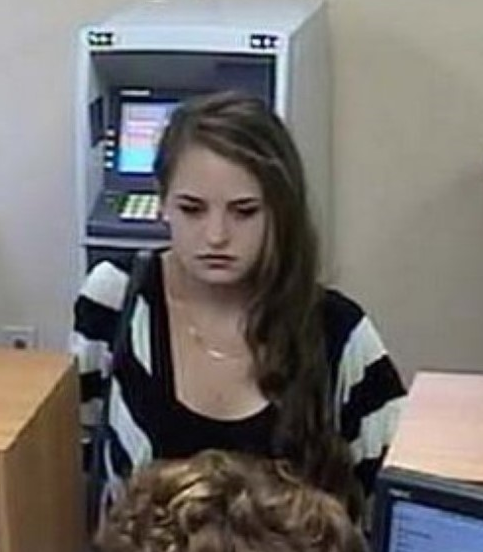 When questioned by Rapid City PD on her arrest, Faux (real name Patricia McDevitt) admitted to the robbery and claimed that she needed the money to move to the San Fernando Valley in Los Angeles, get an apartment and secure work as a performer in adult movies.

Staff at the Mount Rushmore Road bank have since said that McDevitt was very friendly and sweet throughout the robbery, but the sheer size of what the weapon she was grasping convinced them to follow her demands.

McDevitt’s facing a lesser charge of criminal conspiracy – a felony of the 2nd degree and could even escape jail, depending on how the trial goes. So we could yet be seeing more of ‘Felicity Faux’ soon…

The 12″ toy has since gone missing from police storage in mysterious circumstances. Rapid City PD have so far refused to comment about the incident.