55 year-old military enthusiast and history buff Nick Mead decided he’d like to restore a Russian T54/69 tank with his mechanic pal, Todd Chamberlain. So that’s what they’re doing. They got $35,000 together and bought one. What they found inside, though? Something incredible…

Now, when you buy a tank (we’re assuming y’all don’t own many yourself), you can finds lots of cool and dangerous stuff inside. Mostly guns and ammunition. But on this occasion? Nick and Todd found gold. Lots of gold. More and $2.5m of the stuff to be exact. Yup. Really.

And they handed it all back in. Well, Nick owns 150+ military vehicles and even runs a place called ‘Tanks-a-Lot‘ (LOL), so it’s no wonder. It’s a big sum of money, but he doesn’t want to sully his golden reputation (sorry). 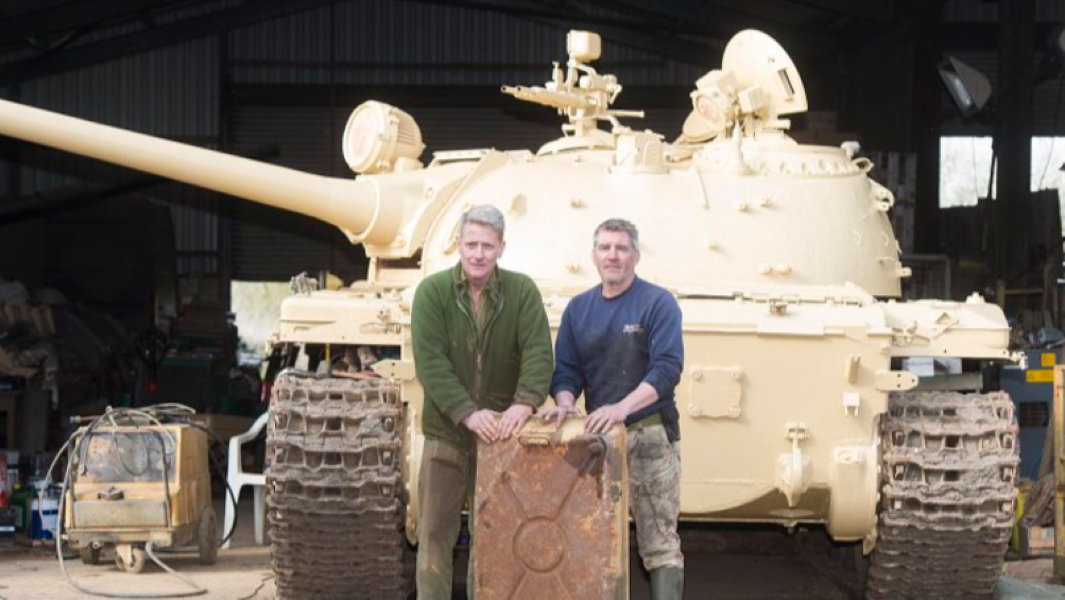 “They must have cut a hole in the fuel tank and rammed it full of gold bars during a gold raid in the Iraq war,” he said. “We didn’t know what to do. You can’t exactly take five gold bullion bars down to the local pawn shop without questions being asked, so we called the police.”

“Even if I don’t get any of the gold back, I will still have my beautiful tank.”

This story’s nuts. Find out more about it right here: