A truck driver hears a tap at his cab window so winds it down. The guy knocking turns out to be a thief who grabs the truck driver’s cellphone and makes off on a scooter.

The thief then has to make a U-turn and come back the phoneless dude’s way. So he jumps out his truck and faces down the scooter rider who is racing towards him. With a perfectly timed kick he takes the thief off his ride – punches him and takes his phone back! 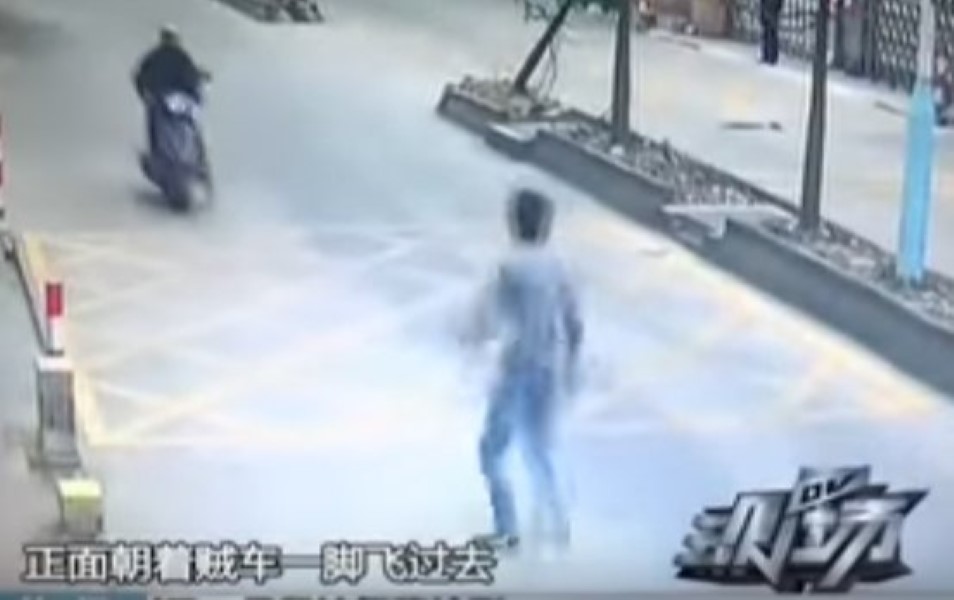 Alright, maybe the townsfolk and media are going a little crazy here. It’s a cool move and we love the guy for doing it, but he’s hardly likely to get offered a series of movies next to Chris Tucker is he? 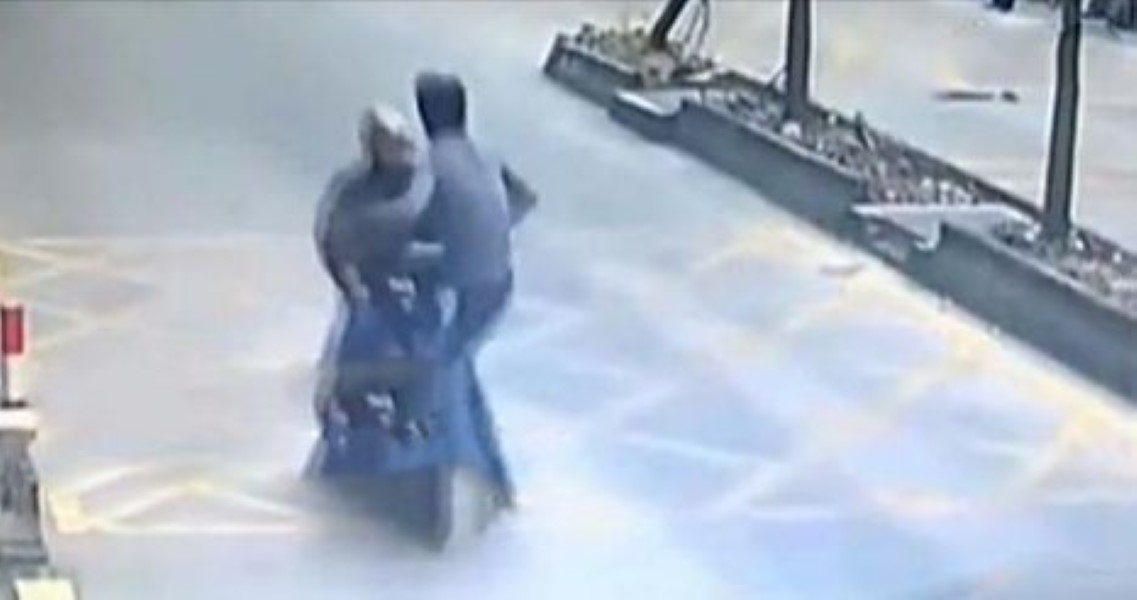 Bruce Lee would still be proud. 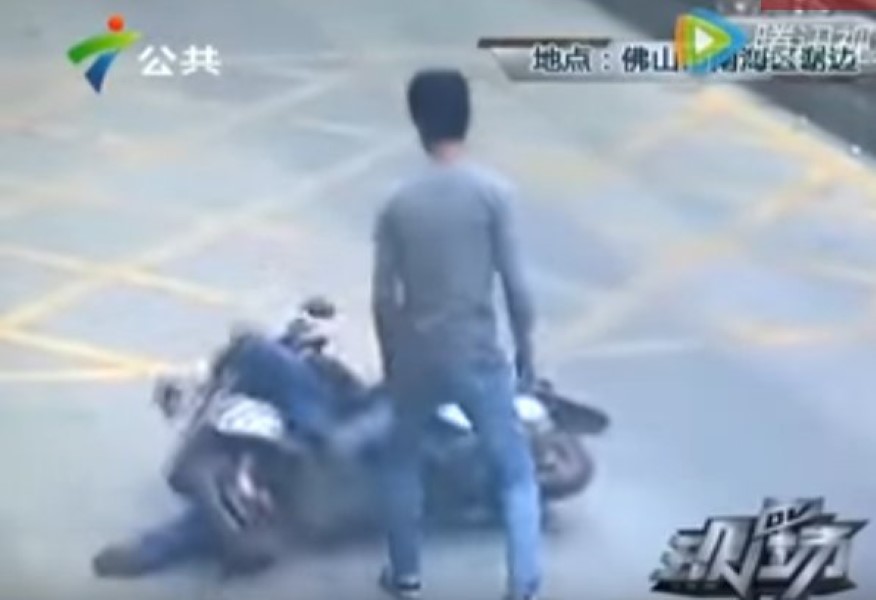 See the wicked move for yourself…