Taronga Western Plains Zoo in Dubbo, New South Wales, Australia. Greig Tonkins, an elephant keeper, is on an off day when he decides – with some other pals – to go on a wild pig hunt with a terminally ill friend. Halfway through? Drama. A story which has gone super viral across the world and really plunged Tonkins and his friends into the international spotlight…

An aggressive kangaroo grabs his dog Max and puts him in a headlock. Sound funny? Well, it ain’t. Kangaroos are strong. Seriously. The dog would have struggled to escape the clutches of the powerful animal.

In the video and in the pictures you can see the giant marsupial clutching onto the dog and choking him out… Had Tonkins not intervened it’d have been lights out for Max. So Greig reacted. He ran in and scared the kangaroo to get it to release Max.

The animal became aggressive and reared up on Tonkins. Kangaroos can pack a real punch, so Tonkins – well schooled in their behavior – acted first to get the thing to retreat. 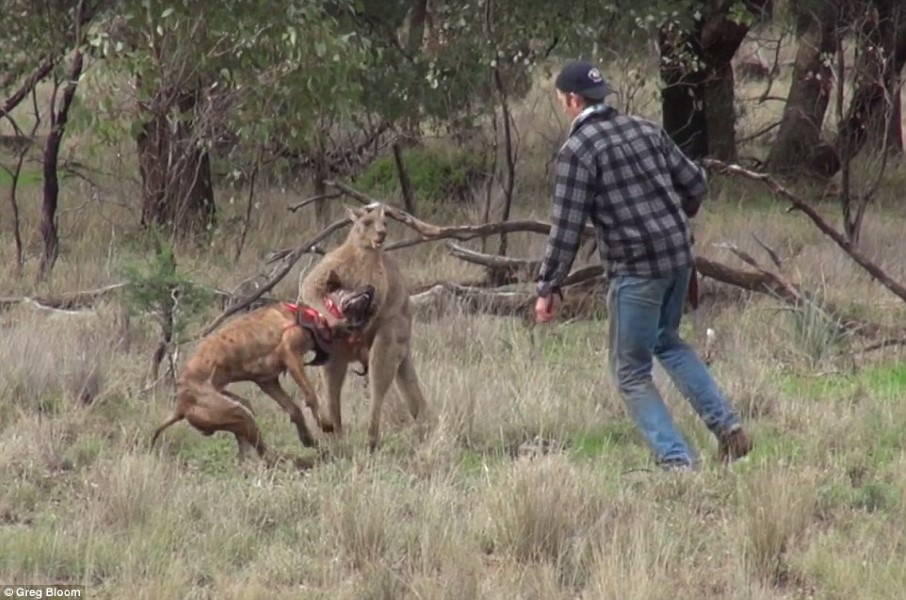 An unnamed friend of Tonkins who was on the hunting trip shed some light on what happened, saying this:

“The dog wanted no part of it, all it was trying to do was escape from the ‘roo and that’s why he stepped in. There’s people on social media saying, ‘I know men like that, I bet they killed it afterwards’, but that’s just ridiculous.”

“It made me sick to be part of this country when people were wishing this family man and dog died, when the kangaroo wasn’t even hurt.” 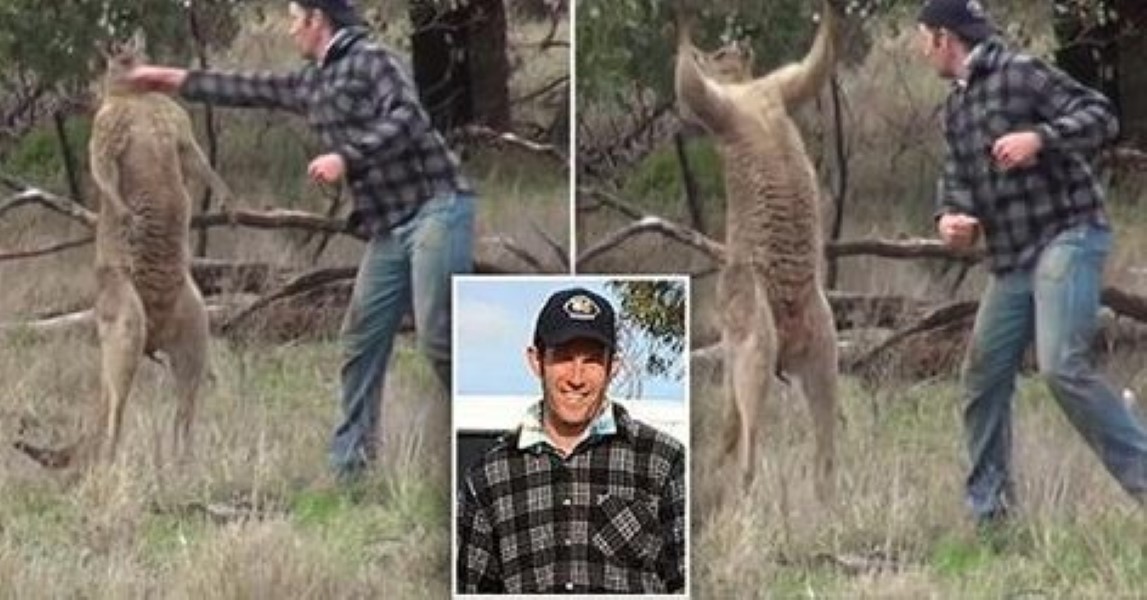 “Good animal welfare and the protection of Australian wildlife are of the utmost importance to Taronga. We are working with Mr Tonkins to understand the exact circumstances of the event and will consider any appropriate action.” 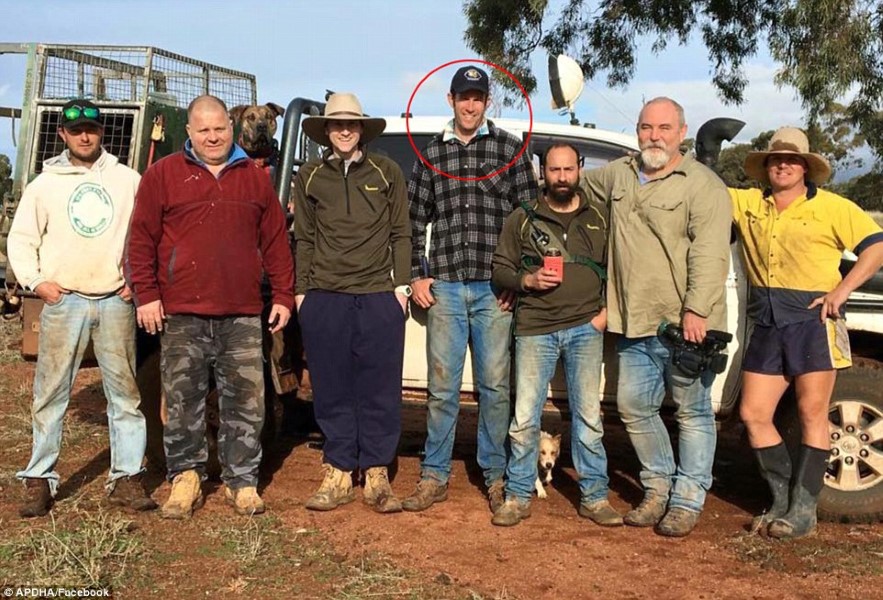 We think he does the right thing by saving his dog. Then he placates the ‘roo with a straight right. But realizes that he can’t get into a full-scale fight, so backs off. No harm done. We hope he keeps his job.

This is incredible. Check it out!