“I Ain’t Givin’ Out No Free Money!” That’s what you hear the man shouting as he’s waving a handful of cash about. That man is the rapper Meek Mill and the person he’s talking to? A homeless guy. The man has asked Mill for some change and Mill has decided to lecture and belittle the man. Why? We’ve no idea. It’s a scummy thing to do.

Mill, who is Nicki Minaj‘s ex-boyfriend then makes the homeless man an offer. He can ‘earn’ the money. Mill will give him $20. But he has to do something. Twenty push-ups. It’s demeaning and humiliating. And it makes for pretty hard viewing…

Why a super rich millioanire rapper, who came from humble beginnings himself, thinks it’s cool to do this, we don’t know. Alright, he might argue he’s earned his money, but you’ve got to respect people. 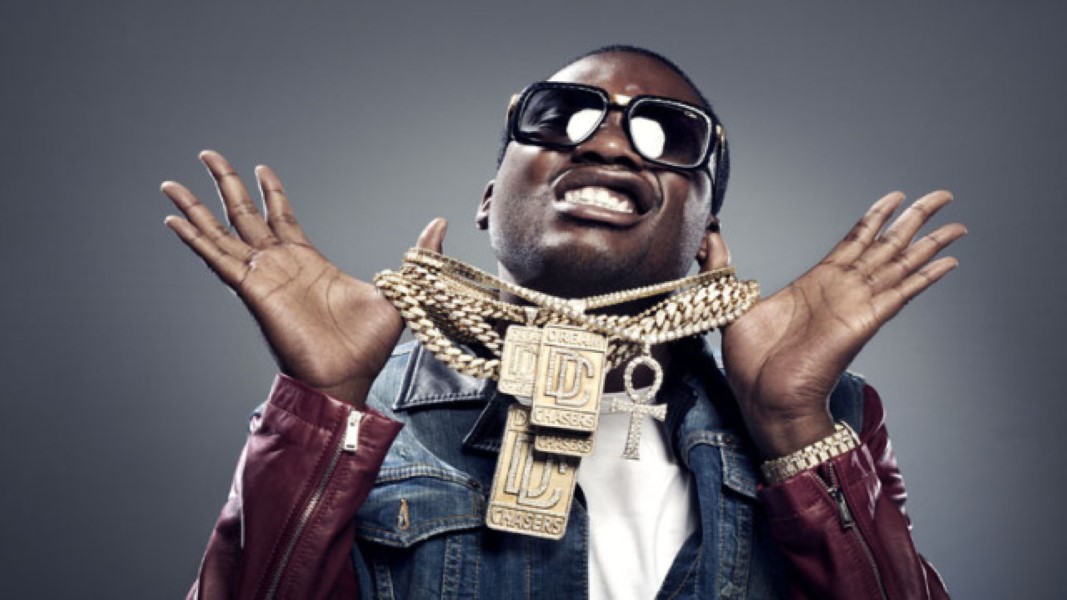 Damn. Remember these lyrics from his track, ‘Ima Boss’, though?

Audemars on my wrist, bust-down
We poppin bottles like I scored the winning touchdown
Remember me dead broke? Look at me, up now
I run my city from South Philly back to Uptown

We get it, you’re rich. But not everyone else is, man. Especially people on the streets… 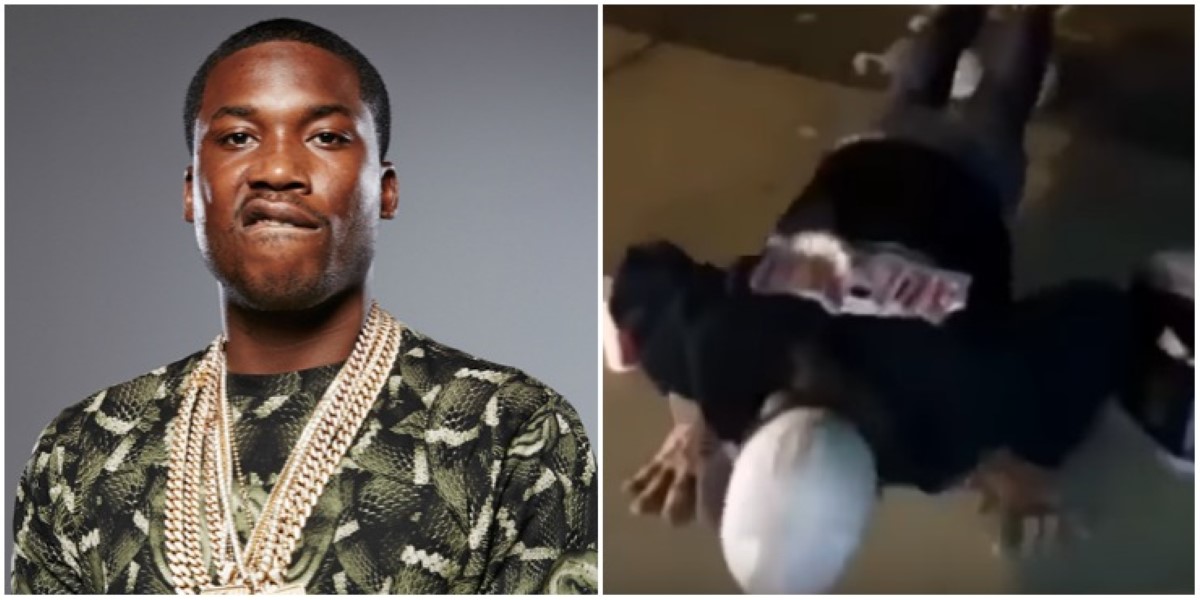 Feedback online was swift and damning. Mill is getting NO LOVE on the internet right now. And we’re not surprised. That was a serious d*ck move he pulled and it showed no respect. Here’s a few choice tweets criticizing the rapper: 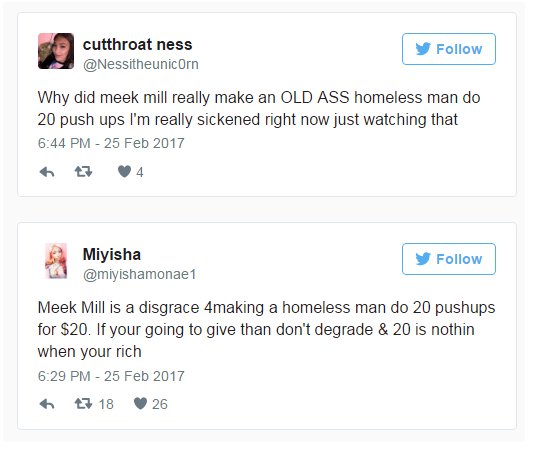