Weapons. You’ve got to know what you’re dealing with to get the very best out of them. And while we’re sure a lot of you know your stuff, sometimes you’ve just gotta hold your hands up and say, ‘Damn! That’s a new one on me!’ And we said just that after we saw these new broadhead-tipped shotgun rounds. These things are capable of piercing through a 13″ box packed full with sand. As you’re about to see…

JackFinn are the company behind the amazing new bullet technology. They sent some of their rounds to be tested by YouTube gun fanatic Taofledermaus and the results are really something special.

Here’s how the makers describe their pretty awesome new creation: “Here we have a small hunting arrow inside a shotgun shell. The concept is still being tested and we were asked to do some shooting tests to check stability and also to give the public a little peek of what’s going on. This is just a prototype design and it will evolve into the final design.”

Yet they look innocent enough on their own, don’t they? 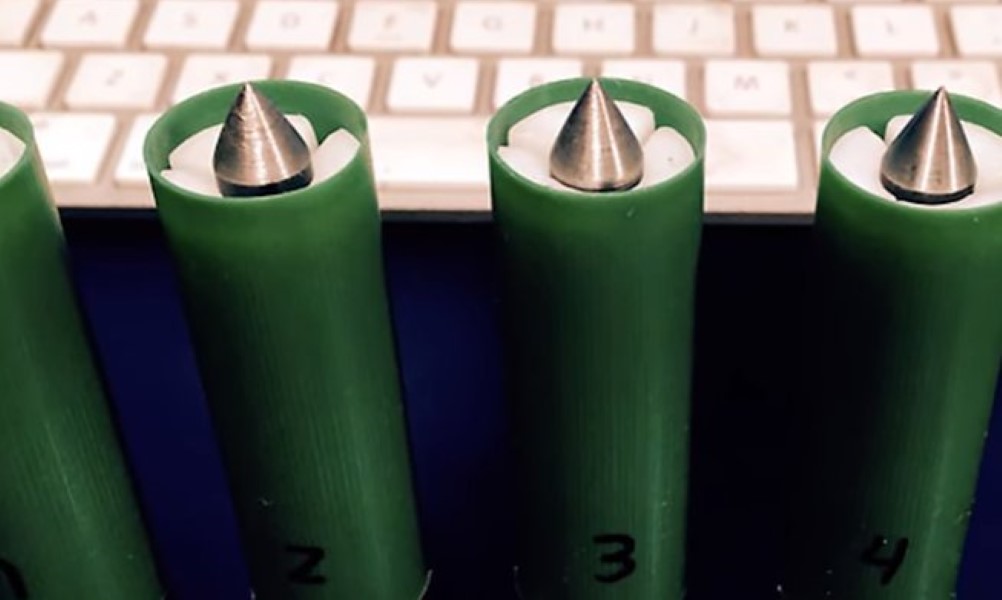 These things are nothing less than DEVASTATING. Seriously – check ’em out: