‘And the award for Worst Parent of the Year goes to…’ Jeez, if that bad parenting prize really did exist, the woman in this clip would be a nailed-on favorite to win it. This stupid moron videos herself trying to encourage her two year-old son to smoke a cigarette. How irresponsible is that, huh? The kid is just curious and has seen his parents smoke, so he puts one in his mouth. Mom laughs, fair enough. It’s funny. But she should be taking the cigarette away…

Instead? She laughs her dumb b*tch head off and starts trying to LIGHT the damn thing! Poor boy is barely old enough to walk and talk and his idiotic mom is practically forcing him to inhale toxic tobacco smoke.

Perhaps the most worrying thing about all this, though? If this is the kind of behavior that she’s prepared to do on camera, what does she think is acceptable generally…? When the cameras are off?! 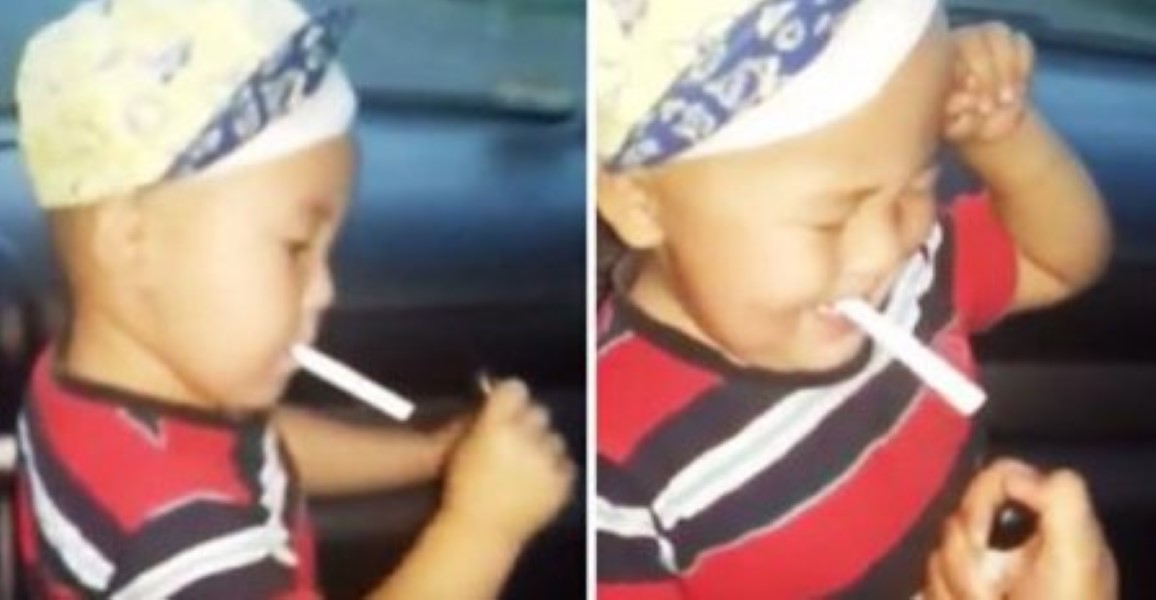 Shocking stuff. Someone needs to track this woman down.