Astronomers, ufologists, conspiracy theorists and even NASA scientists are puzzled at the moment after bizarre images leaked which appear to show odd blue spheres darting about in front of the Sun. Images taken from NASA’s ‘STEREO’ satellites – which all orbit our Sun – appear to show the huge balls of blue light, before disappearing.

One Ufologist online – someone called mrreg II – said this: ‘I have downloaded the images from SECCHI HI1 and this is strange. This ‘anomaly’ can only be seen on images from 11.17, but there are missing several both before and after its appearance. But just consider this: The light on the tallest ‘lightrod’ is the planet Mercury. This ‘anomaly’ seem to be behind it…. And Mercury is 4,880 km across…’

However, an online skeptic called Mike Sovereign disagrees, saying: ‘Okay if you ask me, NASA would never be so careless to allow something like this to reach the public. And it looks like something is projecting this image into space – a hallographic perhaps or project blue beam.’ 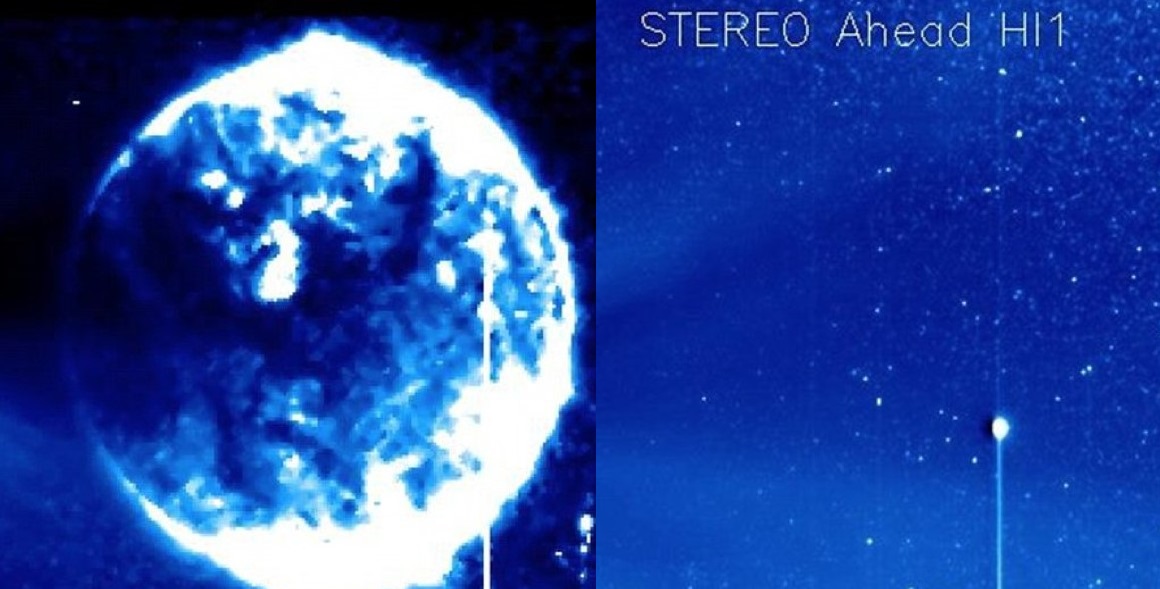 A slightly more skeptical YouTuber that goes by the name boisedk offers another opinion, saying: ‘If it were a big deal the pictures would never see the light of day.’

What is it? No one really knows…

Here’s more on the bizarre sighting that has scientists across the world scratching their heads and theorizing as to what the spheres could be: