Controversy follows Nick Diaz around. From the mass brawl he was involved in years back, to the confrontation he had with Conor McGregor at his brother’s press conference recently, he always seems to be at the center of something! And that’s before you even mention the fact that he’s just come off a ban for cannabis use. 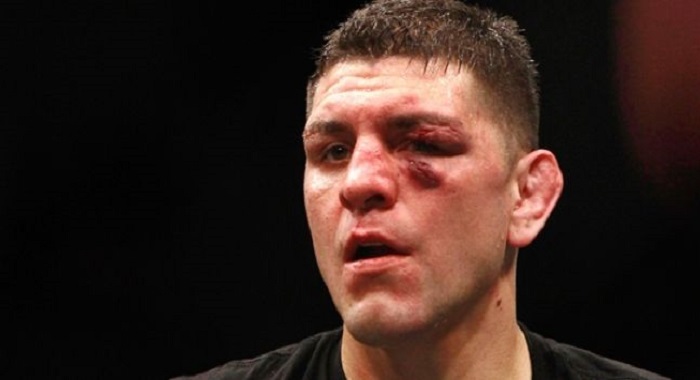 Diaz had stayed on in Vegas after his brother’s fight against McGregor, although he probably now wishes he hadn’t.

He was in Hyde nightclub when he was said to have accidentally bumped into a patron. Words were exchanged, things got heated, and three men set upon Diaz. But he fought back, telling TMZ that “I didn’t start it. They didn’t know who I was… They got the worst of it.”

Chairs were even thrown as the fight spilled through the club. The men who attacked Diaz were ejected. He was allowed to stay