Remember years ago when President Bill Clinton was rumbled for having smoked weed? He admitted to it, but claimed that he ‘didn’t inhale’, right? It was a good one. A classic excuse. No one believed him, everyone laughed, he kinda got away with it.

No one knows if current POTUS Barack Obama has ever smoked a blunt in his life, although you’ve gotta think that he has, right? Still, he ain’t stupid enough to get caught. Anyways, it looks as though his kid Malia has been caught. It looks like she was filmed toking on what looks like a joint at Lollapalooza recently.

We feel bad here… We don’t like to snitc. But we thought y’all might wanna know about it. Prez – if you’re reading this, go easy on her, alright? 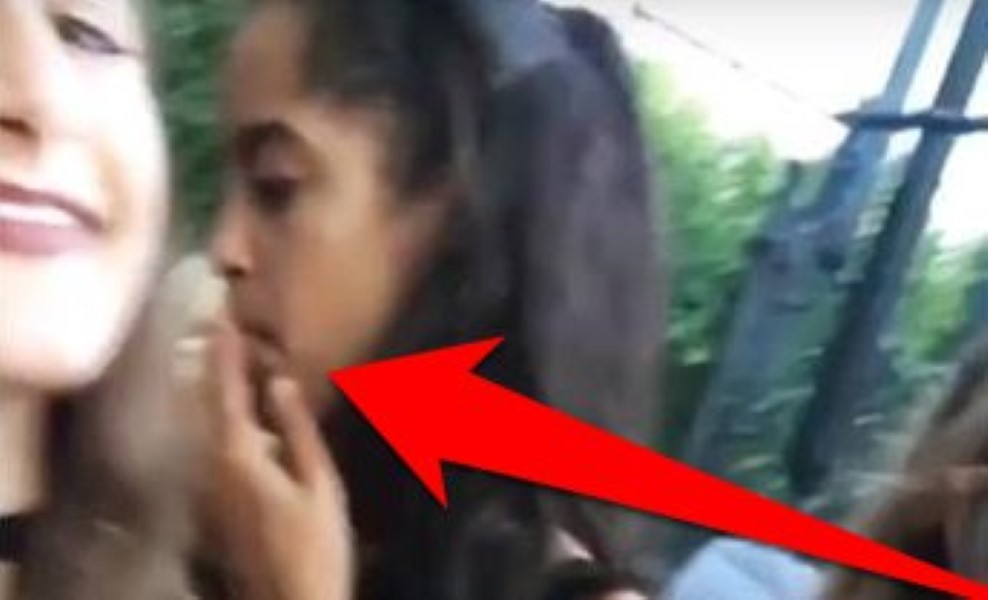 The footage was obtained by World Star Hip Hop… And here it is: