We all know what it’s like. You just want to get on with your job, but some dude won’t stop hassling you. You’ve got deadlines, you want to get home, but the doofus just refuses to let you be.

Take a look at this kid. For some reason, he’s taken issue with the driver of a snow plow. Now, snow plows are extremely important, especially at this time of year. Not only do they allow us to travel around on foot and by car, they also minimise the risk of getting hurt.

But, for reasons only known to him, this yahoo doesn’t want to let the driver do his job. He stands in front of the vehicle, blocking the plow drivers route, and shouting that the man is trying to run him over (he’s not). He continues to goad the driver, until finally the man snaps. 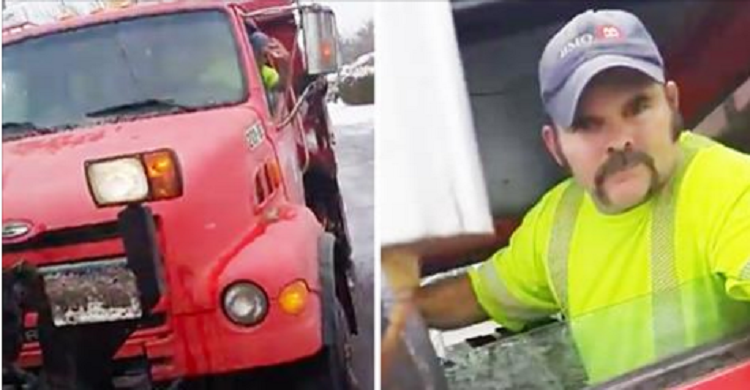 The kid approaches the driver’s window, still talking cr*p to him, when BOOM! The driver finally takes revenge! So, so satisfying!

Watch the video of the incident below: