Espírito Santo, Brazil. A huge walk-out has seen police and the military down tools and leave the state in disarray. Chaos reigns as the strike effectively means that Espírito Santo is without law and order. So, as you can imagine – the place has gone WILD.

Some living there are likening it to a real-life version of the movie The Purge, where a Utopian society decides that a twelve reign of lawlessness each year helps balance the world and settle scores. But in this real-life version? Things are much more terrifying…

The strikes has only been happening for six days and the murder rate has already SOARED. 100 homicides in a week and 200 robberies have been reported. The murder rate is up by 650%. 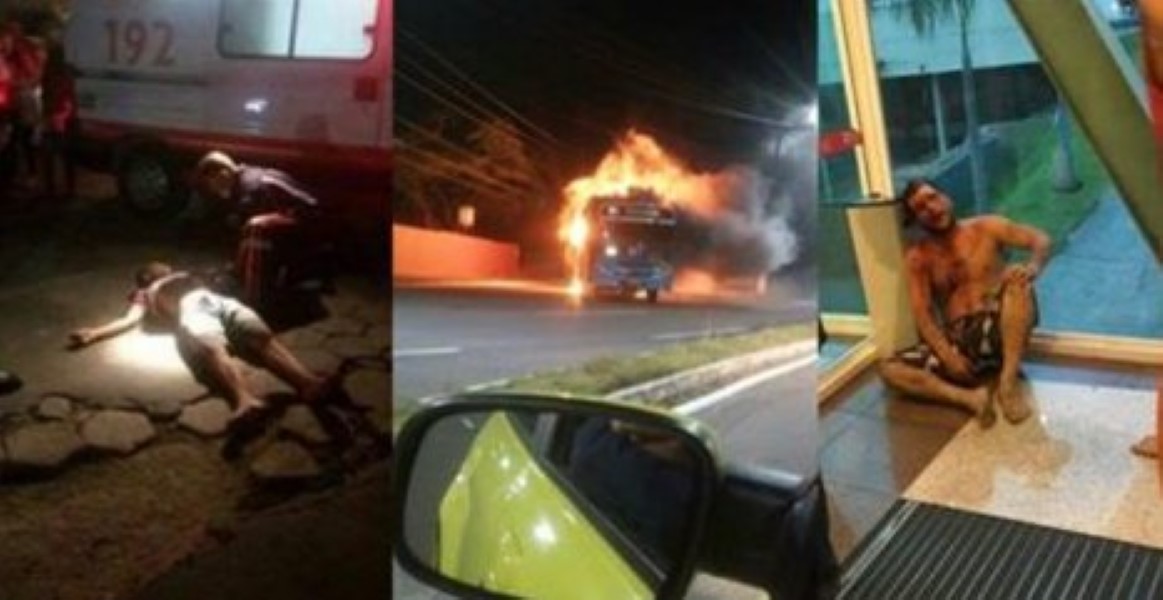 $30 million of damage has been done already. People are running around with guns, knives, swords and machetes, shops and cars are being robbed, vehicles are being set on fire… And corpses line the street.

“I won’t even leave my house today,” one resident said. “Things are absolutely crazy, there are people running around with guns in pretty populated areas, dozens of people stealing from malls, even dead bodies on streets.”

Criminals and people tempted by crime roam the streets looking for trouble. Here’s some footage:

Sporting events are are cancelled and all schools are closed.

“The first step taken by the government to overthrow this movement was the filing of a lawsuit requiring the illegality of the movement to be enacted.”

“Our intention is to negotiate, always, but this negotiation must be based on mutual respect, and the condition for the police come to patrol the streets and answer the calls of the Capixabas citizens.”

Here’s hoping the situation gets dealt with soon and people can go back to living in relative safety.