Rap beefs have existed as long as rap has. There have been classics like NWA Vs. Ice Cube, 50 Cent Vs. Ja Rule and Jaz-Z Vs. Nas. And, of course, the craziest of all time – Tupac Shakur and Biggie Smalls. Their feud ended in tragedy with both men shot dead. While this latest beef might not quite on that scale, it’s still getting pretty savage!

It’s Fast & Furious rapper Wiz Khalifa Vs. The self-proclaimed ‘Biggest Rock Star On The Planet’, Kanye West. The war kicked off on Twitter this week and looks set to get real nasty in the future. There have been accusations of plagurism, insults about women… And, predictably, some really weird stuff from Kanye.

It started after Wiz called out Kanye for disrespecting Max B by calling his new album, ‘Waves’…

Max B is the wavy one. He created the wave. There is no wave without him. 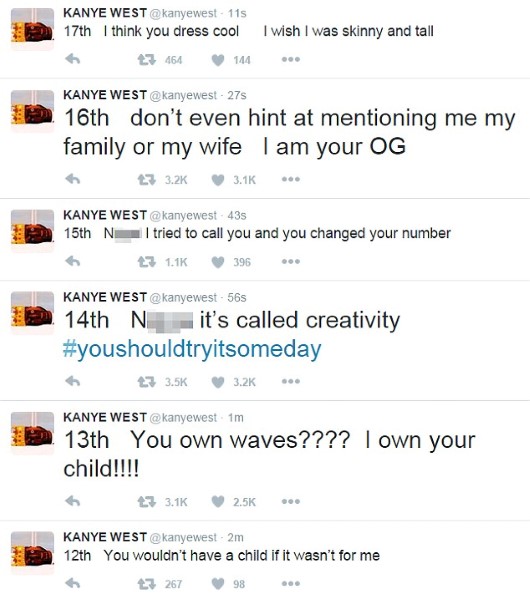 Then we got this weird interjection from Amber Rose…

Awww @kanyewest are u mad I'm not around to play in ur asshole anymore? #FingersInTheBootyAssBitch☝

Pretty sure the whole Tupac and Biggie thing didn’t have fingers up butts. 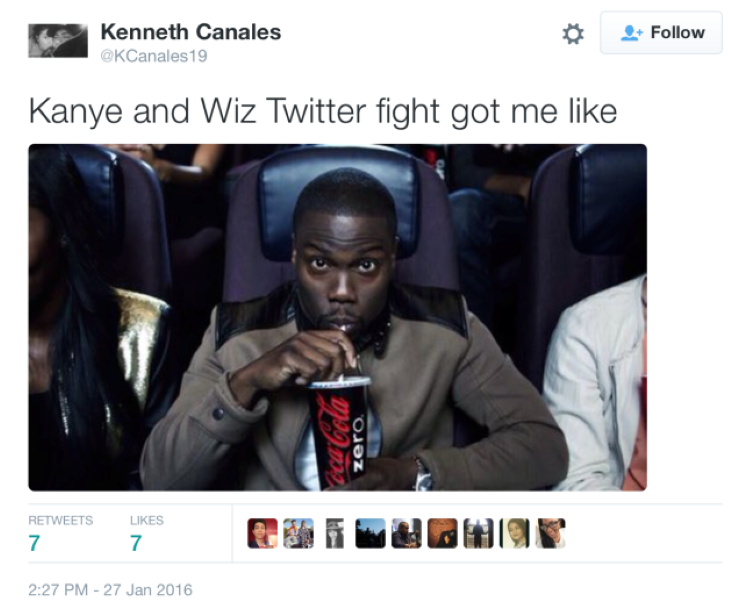