For many years now, experts have been baffled as to why Russian President Vladimir Putin walks with his right hand held down at his waist. There has been intense speculation from some quarters that Putin at some stage suffered a stroke, or that the Russian strongman even suffers from the early stages of Parkinson’s Disease. However, these claims have been dismissed by medical experts, who say it would be impossible for Putin to pursue his hobbies of weightlifting and judo had he either suffered a stroke or had Parkinson’s.

What is much more likely is that Putin’s unusual walk – a walk he shares with Prime Minister Dmitry Medvedev, former Ministers of Defence, Anatoly Serdyukov and Sergei Ivanov, the deceased actor John Wayne and high-ranking military commander Anatoly Sidorov – is a result of the KGB training he received back in the day when he worked as an intelligence officer for the organization. The KGB was Russia’s secretive secret police network, which the country pretended to disband in 1991 following the collapse of the Soviet Union.

Medics from Holland who have taken an interest in Putin’s unusual walk have unearthed a secret KGB training manual that explained how agents should walk around in order to maintain easy access to their sidearm. “When moving,” the manual said, “it is absolutely necessary to keep your weapon against the chest or in the right hand.” 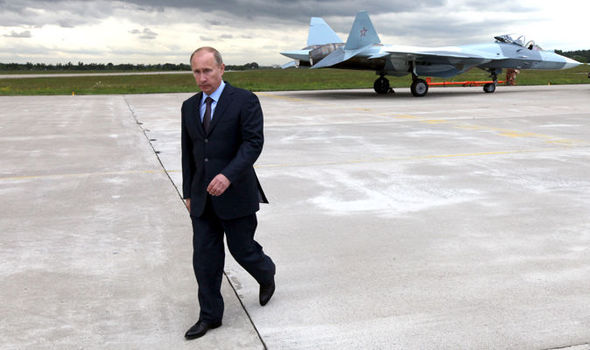 Professor of Neurology at Radboud University Medical Center in the Netherlands, Bastiaan Bloem told the Daily Express, “We propose that this new gait pattern, which we term ‘gunslinger’s gait,’ may result from a behavioral adaptation, possibly triggered by KGB or other forms of weaponry training where trainees are taught to keep their right hand close to the chest while walking, allowing them to quickly draw a gun when faced with a foe.” 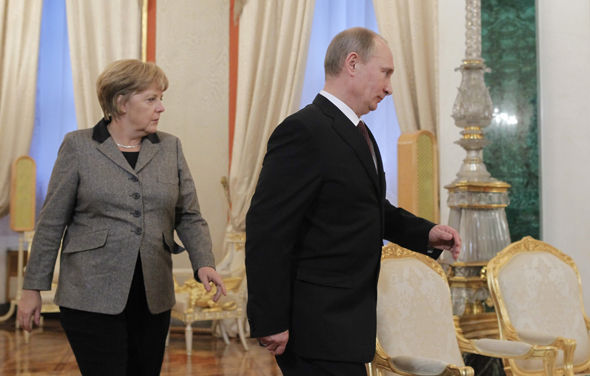 So it looks like the mystery of Putin’s unusual walk has finally been solved. He’s not ill. He’s just always ready for a fight.