Leicester, England. An incredible scene of road rage was captured on video by an eyewitness. In it, a man who appears to be wearing gym clothes TOTALLY LOSES IT and attacks a car. Punching and headbutting the Mercedes’ windscreen, he can also be seen screaming at the driver inside like some sort of madman.

Panicked, the driver seemingly doesn’t know what to do for the best. He wisely opts against getting out of the vehicle and the man is clearly loco and up for some serious ‘words’ with him. So, the driver just, well, drives away… With the dude on top of the car!

Leicestershire Police later arrested a man in connection with the incident before taking him to the nearest hospital to get his related injuries fixed up. 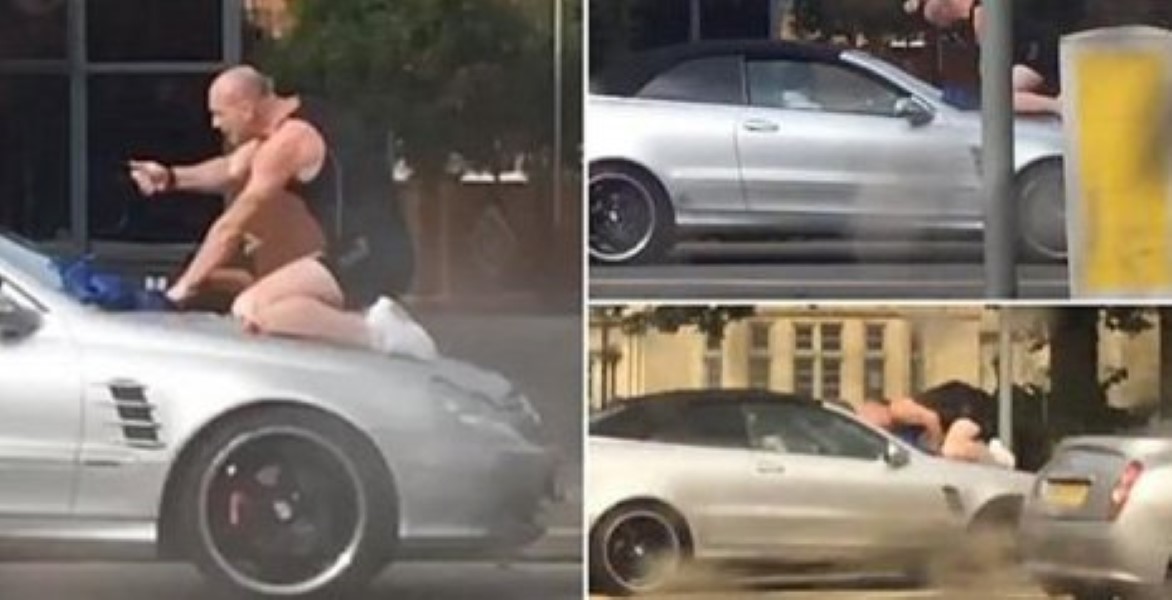 This guy has some SERIOUS anger management problems!