The seemingly unstoppable force that is UFC fighter Ronda Rousey smashed through her latest obstacle recently with her incredible 34 second demolition of Bethe Correia. Pay-per-view viewers had to fork out $1.76 for every second leading up to Rousey’s devastating final blow. She’s a machine…

But just because you keep reading how ‘unstoppable’ she is, does that make it true? Sure, she’s the greatest female fighter you’ve ever seen in action – but is she beatable? Well, perhaps. Many people are starting to talk about a fighter called Holly Holm. A raw and hugely talented fighter, some are tipping her to eventually take Rousey’s crown. And we could be convinced too… She looks AWESOME.

Twice crowned Ring Magazine’s Boxer of the Year, Holm took to the UFC just a few months ago and looks every inch the future champ. 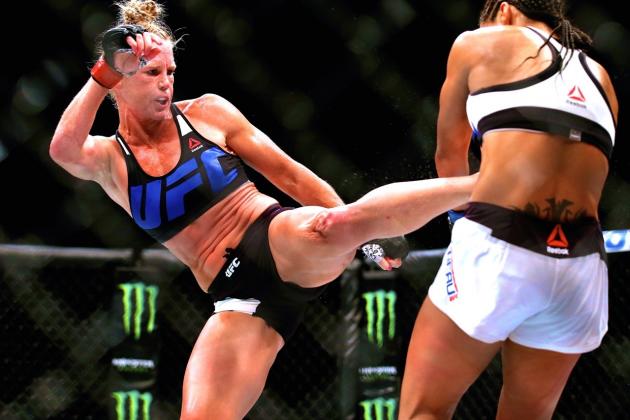 Check out Holm in action:

These are big words and opinions, though. Ronda’s undoubtedly the meanest, toughest and best female fighter that mixed martial arts has ever seen. And to prove it, here’s a highlights reel showing some of her biggest and baddest fights and knockouts: