There’s plenty of BS and misinformation coming from WikiLeaks – if you ask the two presidential candidates. But from an organization committed to the truth with no record of lying, that seems unlikely. According to Clinton’s camp it’s some conspiratorial plot set up against her by Trump in conjunction with Russia. Yeah, right.

We’ve all heard Trump say ‘Hillary is the founder of ISIS”, haven’t we? And, weirdly, he might not be too far from the mark there. Thanks to a series of emails that Wikileaks leaked we can see for ourselves that she knew all about Saudi Arabia’s ties to so-called Islamic State.

Which proves that she had ‘no idea’ about it all as a total lie. Now there’s a surprise…

“… the governments of Qatar and Saudi Arabia, which are providing clandestine financial and logistic support to ISIL…”

And that’s just one of the lies she’s told. She’s blustered through her entire campaign nailing out fib after fib and seems to escape unscathed. Why? Well, because Trump being a bit of a misogynist is worse, apparently. 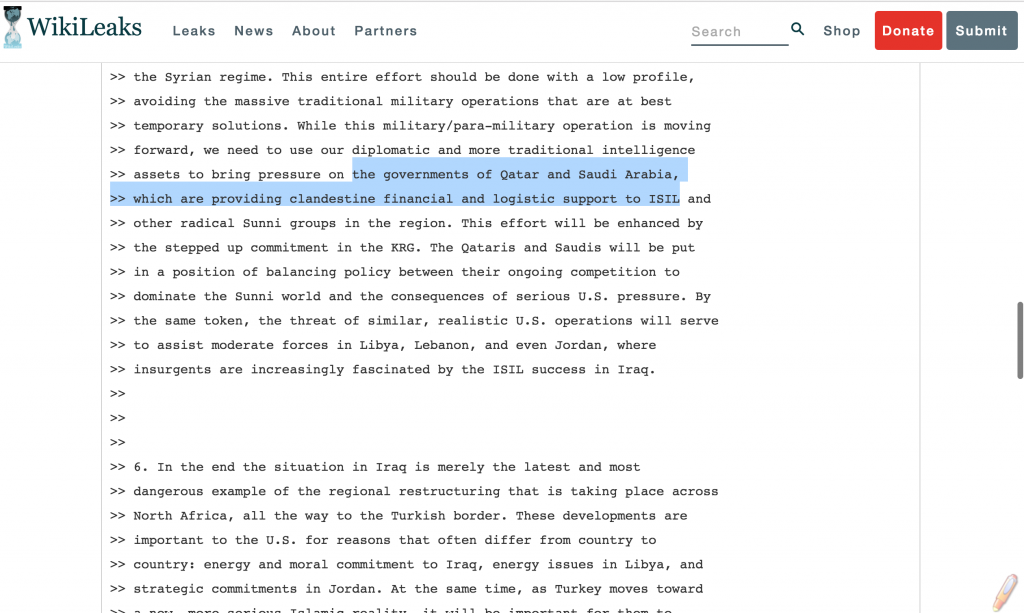 Clinton’s got away with it because of her ties and funding. She’s got Saudi and the media on her side. So is it any wonder than she’s managed to brush off all this stuff?

There’s more to come though. Let’s see if she really is made of Teflon…