When two cars pull up next to each other in a drag race – on the track or on the street – it can be tricky to tell which is likely to win. After all, if you’re taking your vehicle out racing, generally it’s gonna be fast and look fast. But when you see a Smart Car line up next to a Ford Mustang… Well, there can only be one winner, right? RIGHT?!

This is no ordinary Smart Car, though. Instead of just being your usual run of the mill little mini car, this thing is an ’09 BBC 462CI  and it was redesigned and built up by a dude called Mark Cryer. We especially love its tag line, ‘NU BIG THING’.

Seriously, this little monster not only beats the ‘stang, it leaves it for dead. It’s nowhere to be seen, for real. 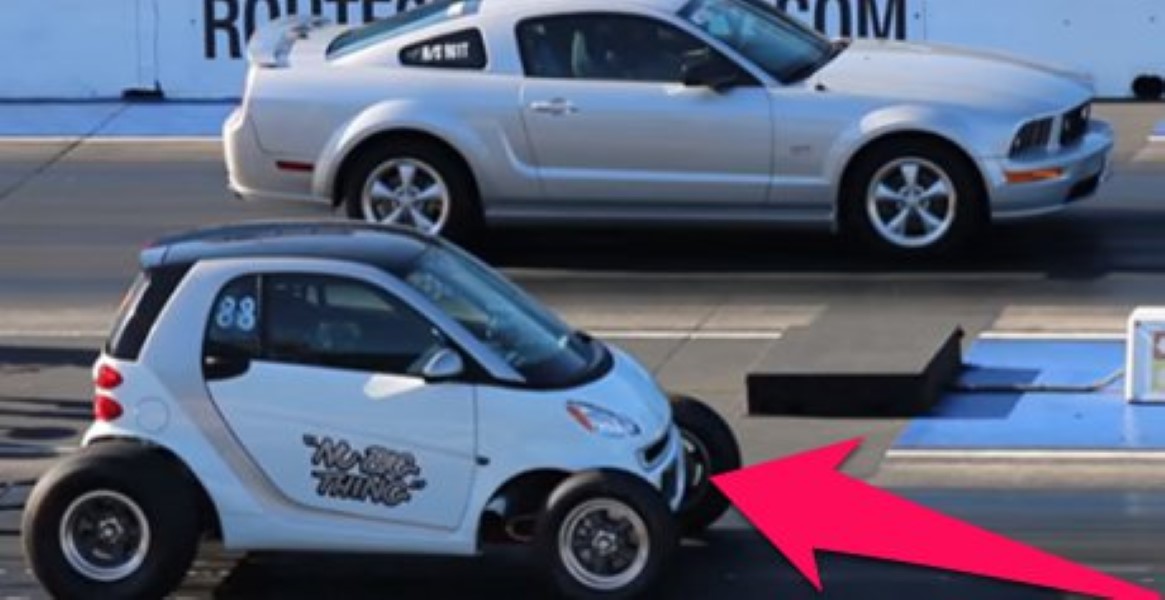 It’s another David Vs. Goliath right here. And we know how the first one of those went down…