Serbian soccer team Partizan Belgrade beat rivals Rad at the weekend. But it wasn’t the result that hit the headlines. It was an incident during the game which has reminded everyone of the severity of the problem of racism in sport. Not only that but racism in Eastern Europe and racism in general.

Brazilian striker Everton Luiz left the field in the middle of the game after being subjected to a never-ending barrage of racist abuse from opposition fans. Rad fans were making monkey noises at him every time he got the ball, a popular racist ploy by European soccer fans.

There were even banners made up to racially abuse the 28 year-old. The referee sent out a public message for it to stop, but fans refused to comply.

“I’ve been suffering racist abuse during the entire 90 minutes and also was upset by the home players, who supported that. They were all attacking me,” he said after the game. 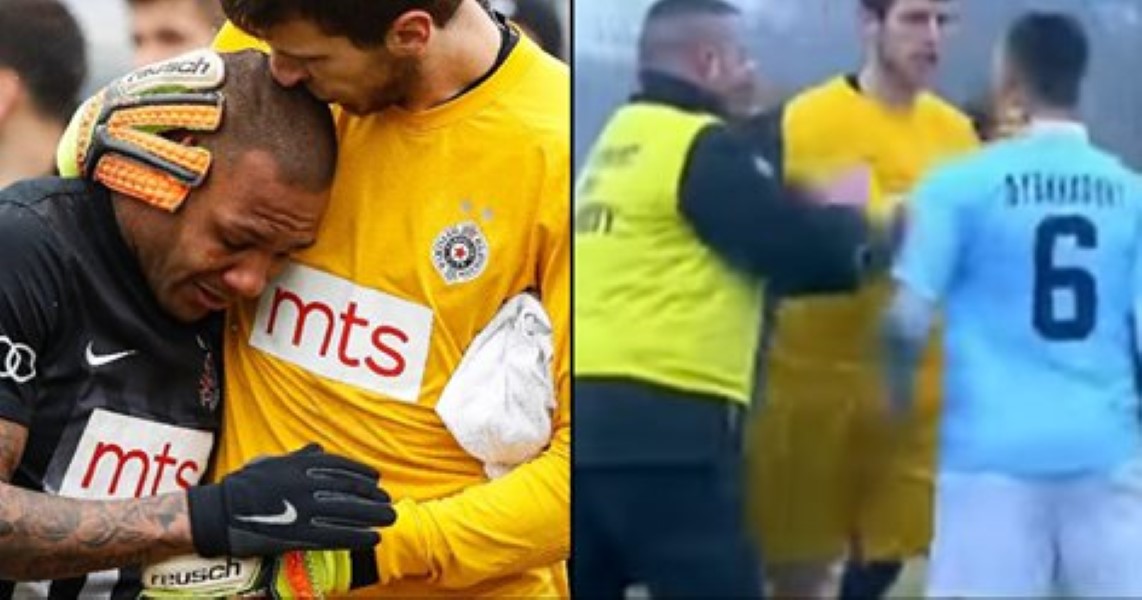 “I want to forget this as soon as possible. I love Serbia and the people here, that is why I cried. But please say no to racism!”

Everton Luiz left the field in tears after suffering racial abuse in Serbia. Such a sad photo ? #NoToRacism pic.twitter.com/jhZbGesTpU

Here’s the footage. This is truly disgusting behavior from the crowd. And some of the opposition too…