They call it ‘The Blue Whale’. An underground social media ‘game’ or ‘challenge’ that is becoming increasingly popular. But there’s no fun or enjoyment to be had. The main thread of it? Suicide. And the number of young people taking their own lives is increasing…

It’s thought that the deaths of two Russian schoolgirls, aged just 15 and 16, can be attributed to it formally. But it’s believed that HUNDREDS may have taken part in the bizarre challenges associated with the Blue Whale game. Including carving a large blue whale into their skin with a razor or knife. Many more suicides are linked to the game.

The girls, Yulia Konstantinova and Veronika Volkova, fell to their deaths from a fourteen storey block of flats. Police found evidence on their computers that they were both members of the social media group of death associated with other suicides. Two fifteen year-old boys were arrested for recording the girls’ suicides on their cellphones.

The Russian Investigative Committee is looking into it, calling the people behind the game’s crimes as ‘incitement to suicide’. They told the media recently:

‘Investigators checked the scene, the homes of the minors, and interviewed relatives and friends of the victims, to establish the motives.’

‘Particular attention during the investigation of the criminal case will be given to the study of their social contacts on the internet.’

Russian newspaper Novaya Gazeta conducted a large investigation into the very serious issue last year. Here’s some of what they said:

‘We have counted 130 suicides of children that took place between November 2015 to April 2016. Almost all these children were members of the same internet groups and lived in good, happy families.’

‘We know absolutely for sure is that adults are working with children, with the help of knowledge of their habits and passions, using their favourite language and culture.’

‘They know psychology well, they convince girls that they are ‘fat’,  tell boys that they are ‘losers’ in this world. And that there is another world and they will be among the chosen.’

The problem is very real. And very frightening. 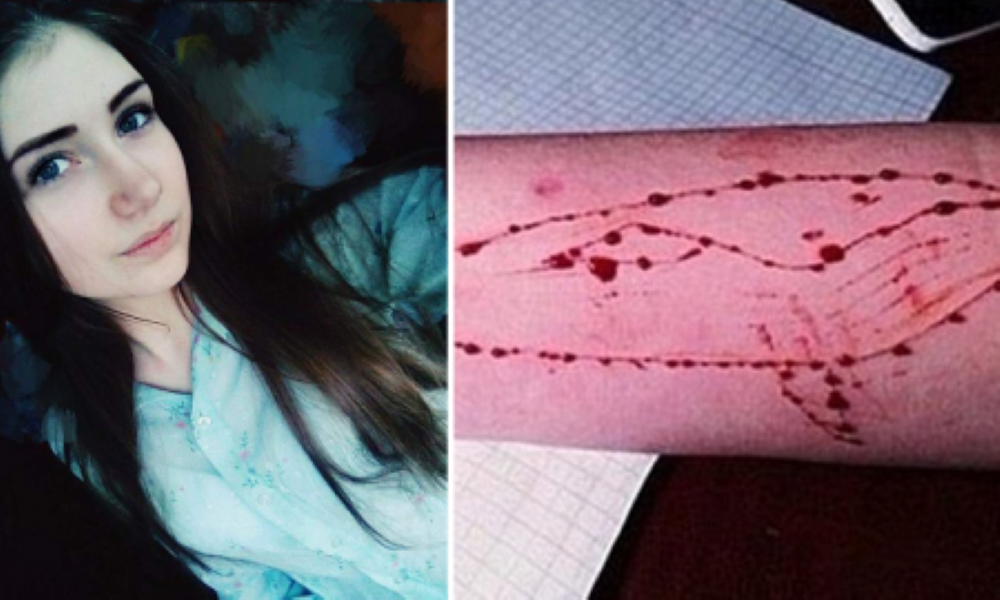 It’s happening on the Russian social site ‘Vkontakte‘, but fears are it will hit Twitter and Facebook and other countries will see similar issues. Once in the group, admins give tasks to players and if they’re still in the game after fifty days… They’re told to take their own lives. Many already have.

Let’s hope it stops. And soon.