Hooliganism. It affects many sports. But none more so than soccer. Especially in eastern Europe, where gangs of men meet every week to beat the living Hell out of each other just because they follow a different soccer club. It’s mean, it’s nasty, it’s dangerous. So why not turn it into an MMA-type sport and called it ‘Team Fighting Championships’, huh? Well, exactly.

Each team is made up of ‘ultras’ – crazy soccer ‘fans’/hooligans who regularly meet for fights when following their teams. Except, well, it’s all sanctioned and refereed here.

This was the inaugural TFC event and featured the teams: JungVolk (from Russian team CSKA Moskva), the Prague Boys  (from Czech side Sparta Prague FC), Wisemen (Swedish club IFK Gotburg), the Psycho Fans (Ruch Chorzow in Poland), the Hooligans (Arka, also from Poland) and the Lech Poznan Hooligans (Poland too). 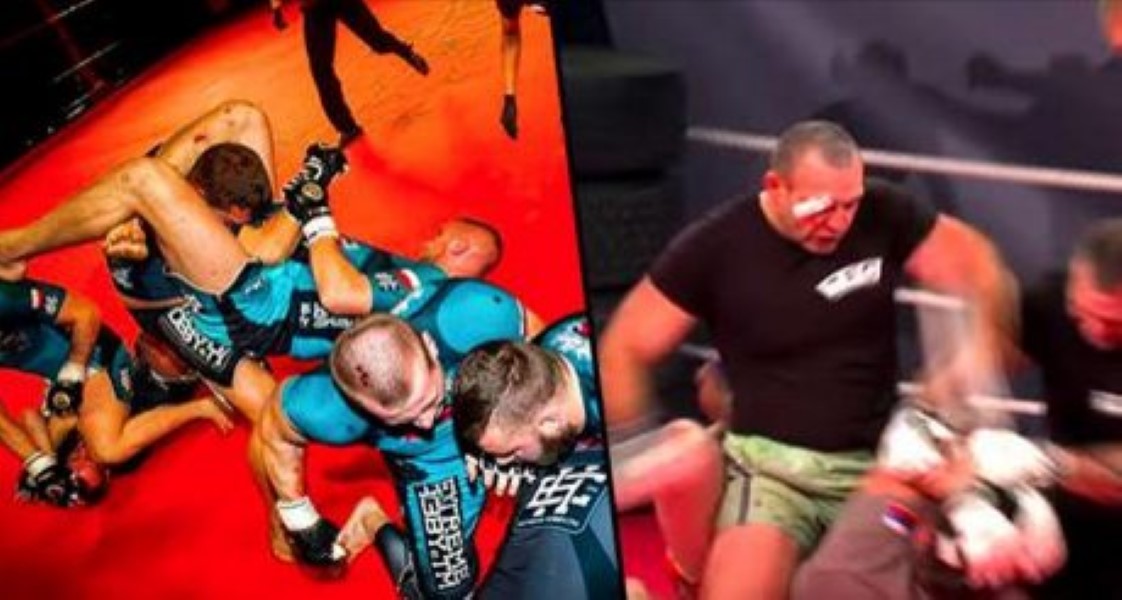 Here’s the final of the first ever Team Fighting Championships and it’s as brutal as you can imagine. DAMN, man… Those head stomps. Don’t f*ck with these dudes!