It seems like the specter of the ‘Tupac Movie‘ has haunted our lives almost since the day Tupac Shakur died way back in September 1996. Yet we’re still waiting for the definitive film about the man’s life to hit theaters. Sure, we saw a cameo of Tupac in the NWA movie, Straight Outta Compton. And there was that awful-looking Chinese Tupac movie. But where’s the real one? Biggy’s had his own flick, after all.

Well, we’ve got good news. It’s happening. It’s shooting in Atlanta, Georgia now and it’ll be called ‘All Eyes On Me’. And in the title role? The unknown actor Demetrius Shipp Jr. He’s new to the acting scene, but his startling physical similarity is crazy.

Here he is chilling on set with the dude playing Biggy. Who you might recognize… 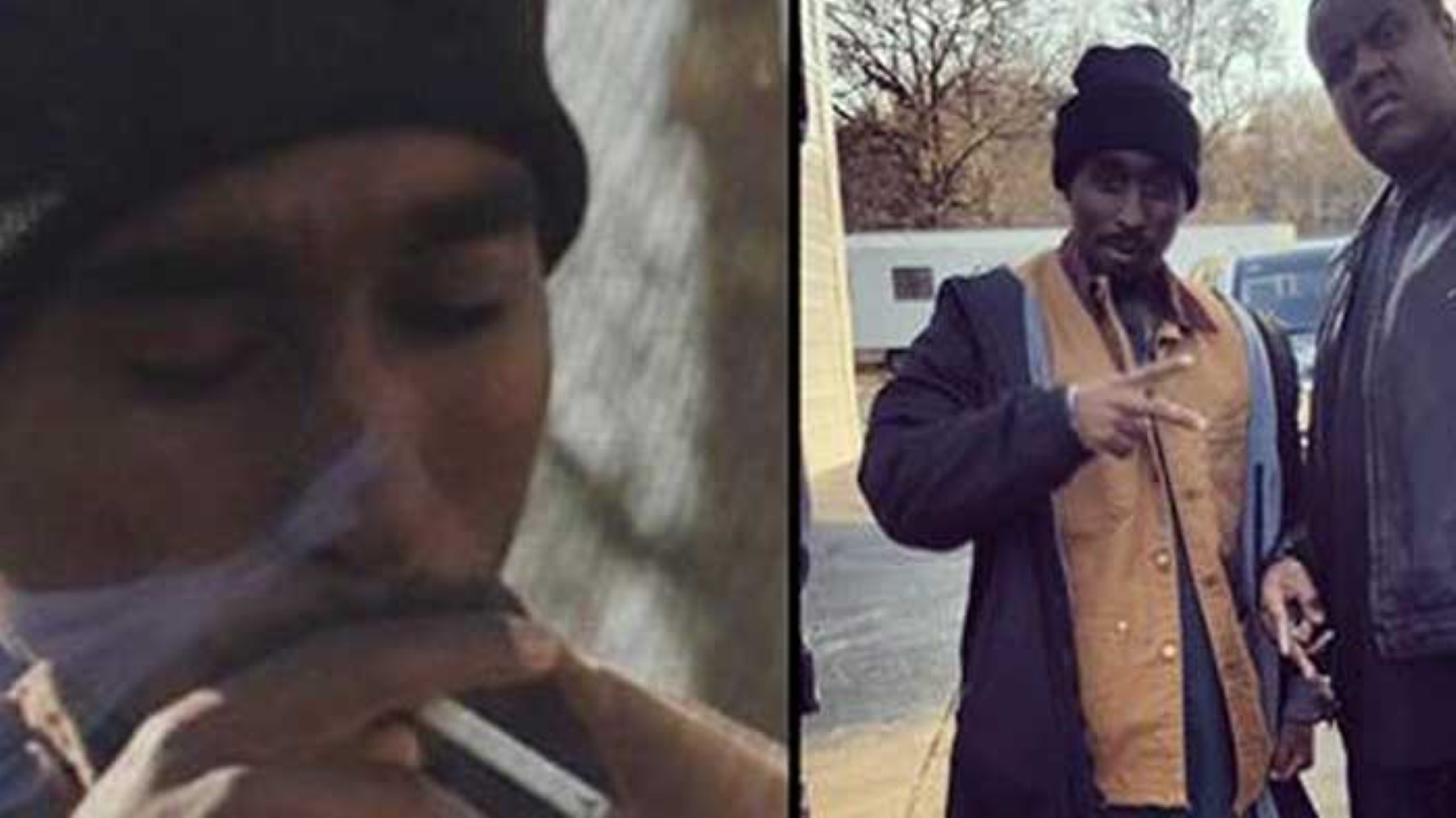 Here’s Demetrius and Jamal Woolard – the rapper who played Biggie in 2009 biopic Notorious – introducing themselves on the first day of shooting:

Why not listen to the track that inspired the movie title while you’re here?