‘Bromances‘. Yeah, it’s a little done now, isn’t it? Seth Rogen pretty much saw to that, didn’t he? But that’s not to say that there aren’t still laughs to be had from two pals having some ‘banter’ together and having a giggle. And Sam and Steve are proof of that.

The two of them have a pretty simple but funny in-joke. They tell each other to go f*ck themselves. Over and over again. From all over the world. And the clips they film are too funny…

The pair of them throw insults at each other from all over everywhere including Las Vegas, George Michael’s toilet, a red carpet premiere, a Gondola in Venice and even ‘Big Steve’s girl’s t*tties.’ Oh, and even where Big Steve’s t*tted girlfriend is giving birth! 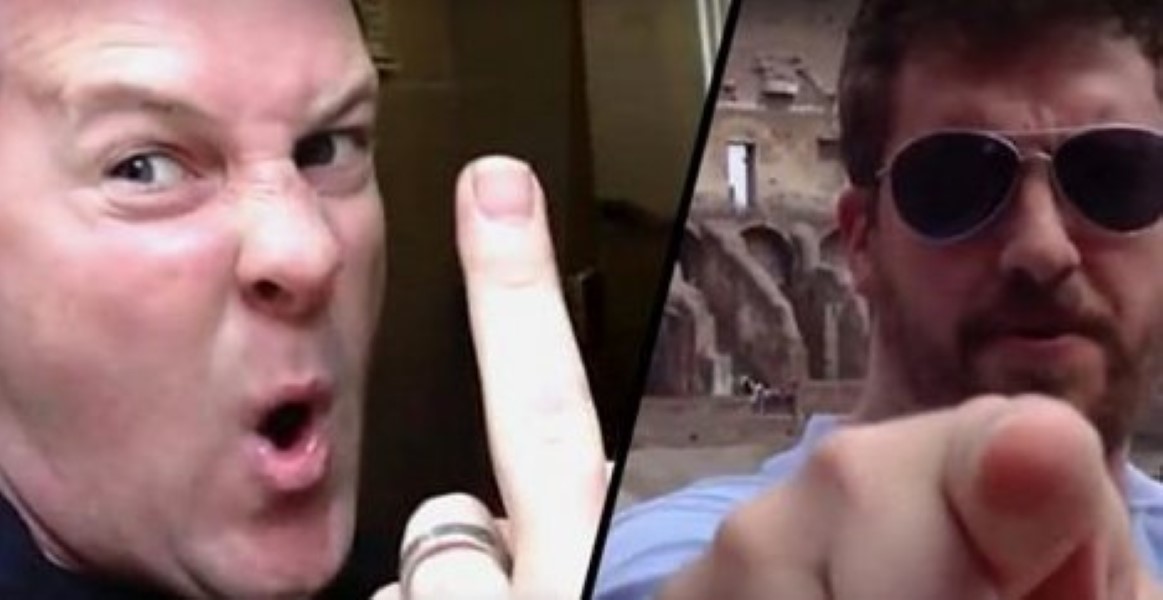