22 year-old Vinny Ohh from Los Angeles is a quite unusual man. For starters, he doesn’t appreciate people referring to him as a ‘man’. He’s not transgender, though. He doesn’t want to be called a woman, either. He says that he is ‘genderless‘.

Not only is Vinny trying to escape gender. He’s trying to stop being a human too. Yup. Seriously. Ohh has spent upwards of $60,000 on well over one hundred cosmetic surgery procedures in order to make him appear more ‘extra-terrestrial’. He seems himself as ‘a genderless alien‘.

He has had lots of things altered, but he’s saved the biggest for last. He wants his genitals, nipples and belly button removed… 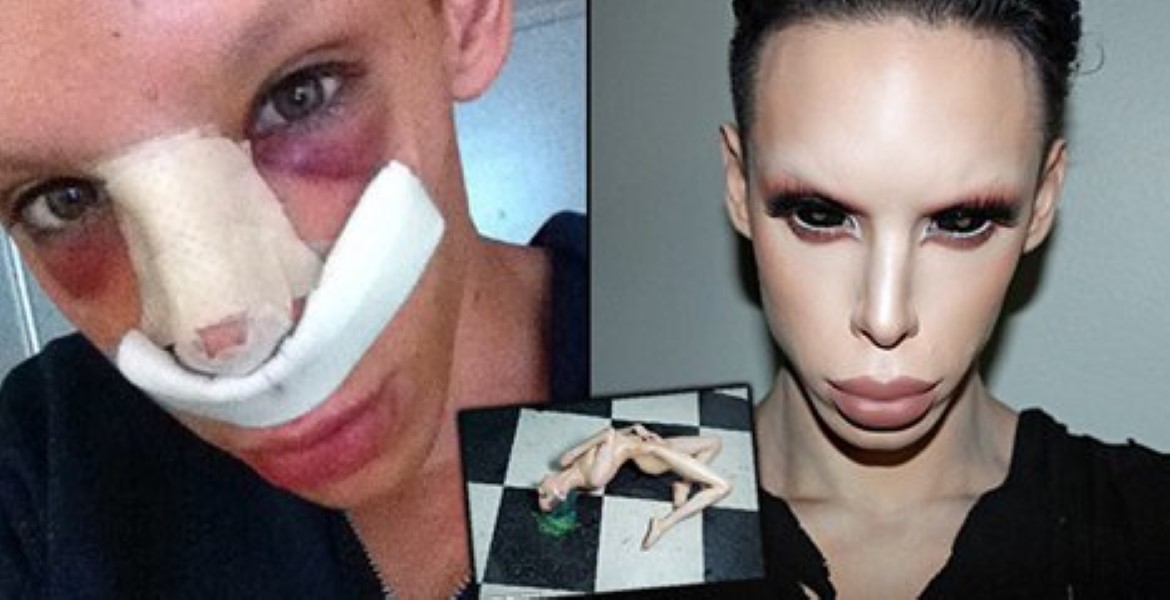 “I want to be a sexless alien being; I want my outside to reflect how I feel on the inside. The overall image I want to do is an alien. I want to be a hybrid, not male or female.”

“I’ve wanted to be sexless and genderless since I was 17. I’ve been going to the doctors to see if it’s possible but had no luck. I don’t want people to think I’m trying to change into a woman. I could live without sexual organs so why should I have a penis or a vagina? I don’t see why I shouldn’t have my genitals completely removed and have nothing down there.”

“So far, I’ve had $60,000 in skincare and procedures including two rhinoplasties, facial fillers in my lips, cheeks and brow bone all to look extra-terrestrial.”

“I do kind of look like a Martian. I have a really big head, no eyebrows and I’ve just been connecting with that. When people ask me how I’d label myself, I tell them an ‘extra-terrestrial, hot mess, self-obsessed’ it’s becoming my slogan.” 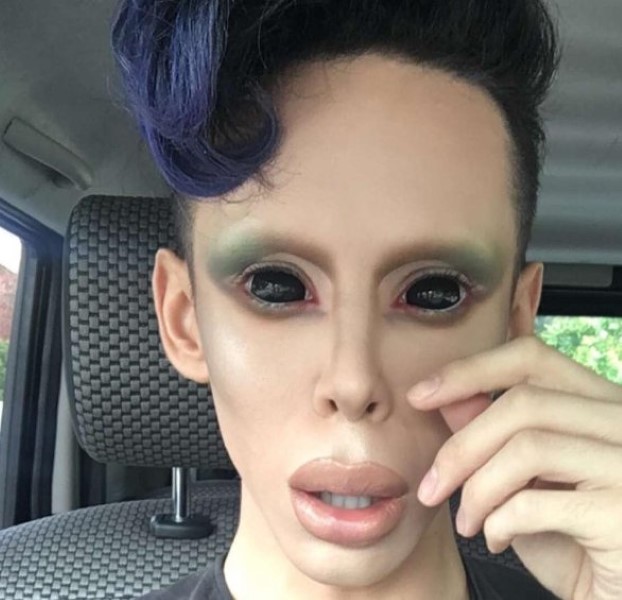 “Over the years, I’ve realised I’m not gay, bi, trans or any of these things, I just want to be me. I do it to inspire the world in a certain way, I want people to stop labelling others or putting them in boxes.”

“My large black contact lenses are a necessity; it’s like my pearl necklaces, I wear them to walk around everywhere I can. They make my eyes look super massive – some people call it demonic but I think it looks beautiful like an animal.” 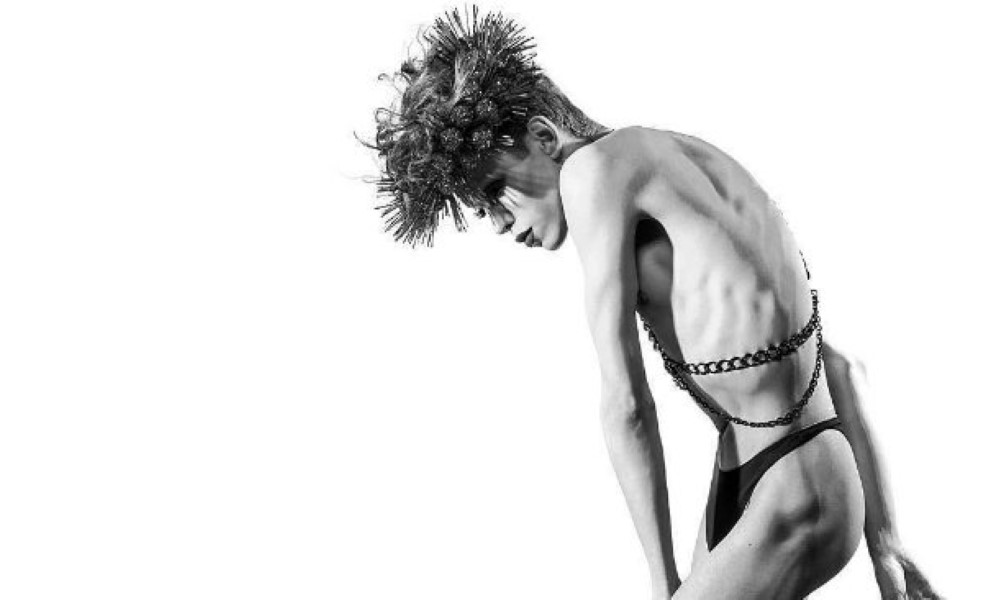 “Some people absolutely love me see me as a celebration and give a lot of compliments. I don’t look real and people love it. Some people have said they want their kids to be like me and that I’m an inspiration for children who don’t feel like they belong.”

“Other times I’ve had shopping carts chucked at me or I’ve been considered a sexual object by men and woman. I’m used to not fitting in. Even when I was 16, I was wearing full body suits and eight-inch platforms going outside in the day, so it feels very normal to me.”

“My goal is to change everyone’s mind about human dolls. I’m trying to wake people up to show them that gender roles in society do not matter and show them that we need to be better human beings and nicer to one another.”

Here’s an appearance Vinny made on E!’s Botched last year: