Dallas, Texas. A couple return from a night out drinking and partying together and decide to pick up some PCP to smoke when they arrive home. The man, Alan Candelario, had smoked the drug before. But his girlfriend, Jessica Alvarado, hadn’t. Within minutes of lighting up, the night took a turn for the bizarre – and horrifying. Alvarado quickly lost her mind and bit off Candelario’ P*NIS.

The 911 call makes for macabre listening as the shrieks and cries of pain from the man are almost drowned out by the crazed growling of the PCP-addled woman. Candelario was rushed to the emergency room with his ice-packed piece and doctors set up surgically reattaching his member.

Investigators who arrived at the scene say, “We found the p*nis on the victims carpet it looked like a old used dog’s chew toy…” 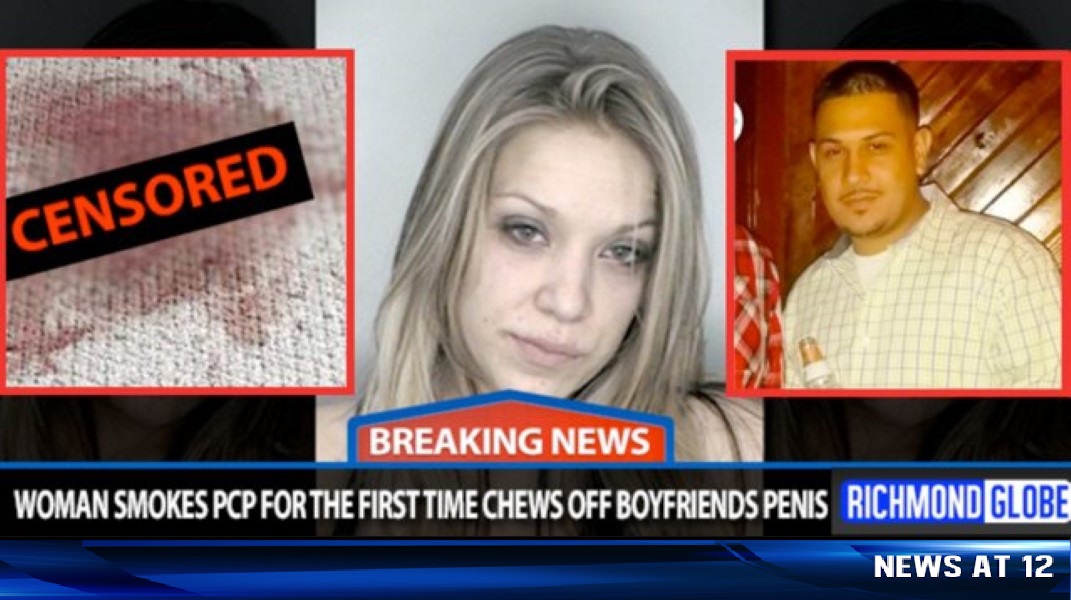 Luckily, Candelario’s pecker reattachment surgery was successful and he has full working use of it again. He has since reconciled with Alvarado and will not be pressing charges.