A man has caught on camera the hilarious moment that his wife completely forgot that she had just given birth. Tisha Heffron was so high on pain medication that she couldn’t remember the entire thing. In the hilarious exchange with husband, James, filmed just two hours after she had given birth, Tisha repeatedly denies that anything has happened. When James mentions that they have just had a baby, she responds, “Not today, what?!”

The exchange was filmed at Marine Corps Base Camp Pendleton, San Diego, California, on 6th February, as the pair were discussing the arrival of their new son Clay. 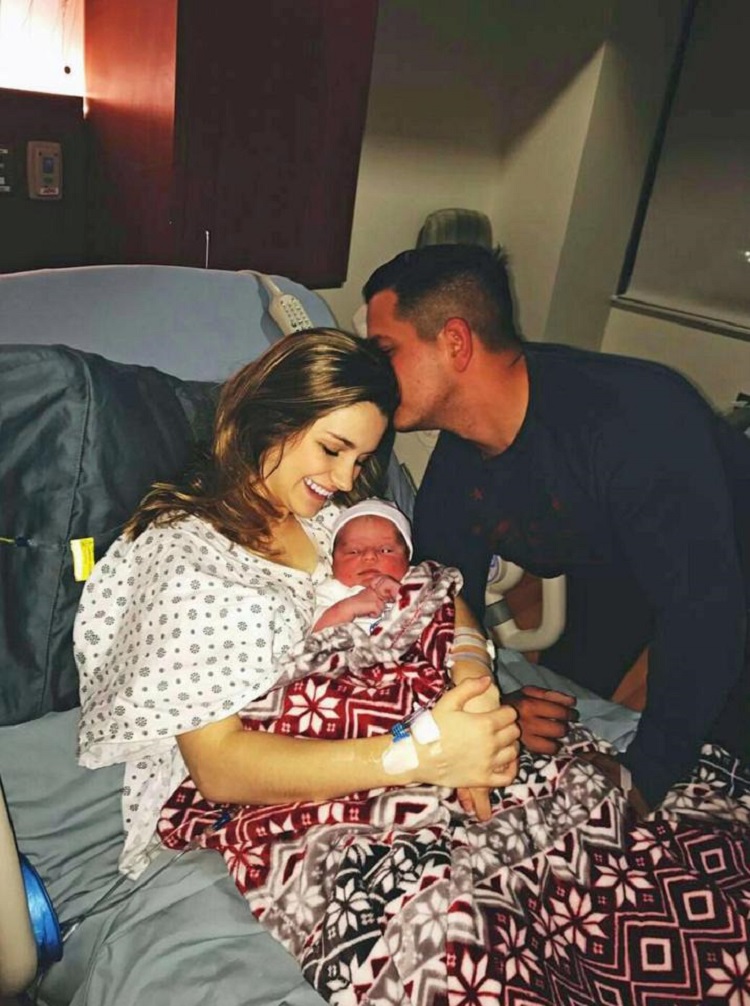 James himself found it difficult to keep a straight face:

“I was torn between trying not to laugh and making sure Tisha didn’t stand up. Nurses had told her not to leave bed and get as much sleep as possible. Her first reaction was to go for a walk but I couldn’t let that happen. This went on for at least ten minutes before she fell asleep again.”

Watch the hilarious video below: